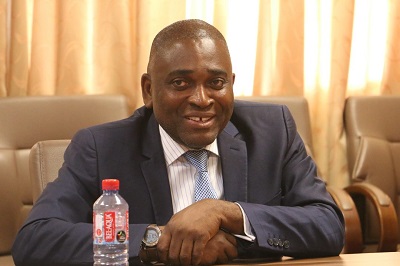 The Narcotic Control Commission (NCC), has asked the Customs Division of the Ghana Revenue Authority (GRA), to produce all exhibits intercepted at Kpoglo Border in the Volta Region last Friday during a joint operation by security operatives.

According to the Commission, the law mandated that impounded vehicles and their content must be retrieved and transferred to the NCC within 36 hours.

The Acting Director General of the NCC, Mr Francis Torkornoo who disclosed this to the Ghanaian Times in Accra yesterday said the substance suspected to be illicit drugs was being transited into the country by a drug syndicate when it was impounded.

He said after impounding the truck and its content, the Customs Division contrary to the law kept it in their custody for almost a week.

However, he said the Commission needed the exhibits suspected to be narcotic substance including the missing 100.1 grams whitish substance suspected to be cocaine for testing and to enable investigations to commence.

“As of date the Custom Division of the GRA has failed to hand over the exhibits to the NCC for further investigations,” he added.

He said in addition was an amount US$200,000.00, drivers licence, complimentary cards, and cheque books.

“I have personally sent messages and calls to their boss demanding for the exhibits for further investigations but to no avail,” he added.

Mr Torkornoo said on June 7, 2020 about 7am, all the agencies were invited by the Customs Division to verify the exhibits in the custody, before it was escorted to the headquarters of the division.

However, the verification exercise revealed that a parcel 100.10g parcel of the seized items was missing.

The Director General also explained that the security operation which led to the arrest was based on intelligence of an NCC officer and not a sole effort of the Customs Division.

When contacted on the issue, Chief Revenue Officer (CRO) in charge of Communications at the GRA, Mr Yankey Johnson Menlah said on June 8, the Division presented the exhibits (suspected narcotics) without the vehicle to the NCC in Accra but they refused to accept it because the vehicle and other exhibits were not included.

He said the NCC as a procedure should have written officially to the Commissioner of GRA to request for the vehicle.

The Chief Revenue Officer stated that all the money seized have been paid to the Bank of Ghana.

He said a committee had also been set in Accra to investigate the missing whitish substance suspected to be cocaine.