Presidency did not interfere in your work- Martin Amidu told 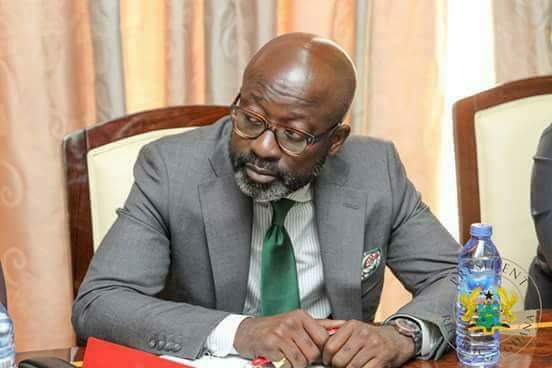 The Presidency in a 9 paged letter addressed to Mr. Martin Amidu and sighted by thespectatoronline.com, Secretary to the President, Nana Bediatuo Asante has refuted claims the President interfered in the work of the Special Prosecutor, Martin Amidu.

The statement explained that the interest expressed by the President after the release of the Agyapa Royalties report was only an attempt to apply the principles of natural justice by allowing the Finance Minister to have a say.

“In accordance with the constitutional standard of fairness, reasonableness, and candour, the president requested you to give the public officials in question an opportunity to comment on your findings and conclusions.

The statement further responded in details the issues of seconded staff, bungalow, and office space.

I refer to your letter dated 16 November, 2020 pursuant to which you resigned your position as the first Special Prosecutor appointed in accordance with Section 13(3) of the Office of the Special Prosecutor Act, 2017 (Act 959) (hereinafter, the “Letter”).

The President has taken note of your resignation per the President’s Chief of Staff’s letter to you of even date herewith (SCR/DA/96/135/01/A).

We note, however, that, even before the President had been given the opportunity to react to the contents of your four (4) page Letter, it had been put into the public domain prior to receipt by the President. I am directed by the President to respond to correct the errors of fact contained in your Letter in order to provide a complete public record of the issues.

Effect of the Agyapa Report

The real question is what prevented your Office from investigating the alleged corruption-related offences which may have arisen from your assessment of the Agyapa transaction.

Alleged Operational Difficulties Encountered by the Office of Special Prosecutor

We hope that the above statement of facts settles the issues and allegations contained in your Letter and that the general public will now have a clearer understanding of the very serious matters you have raised.

SECRETARY TO THE PRESIDENT