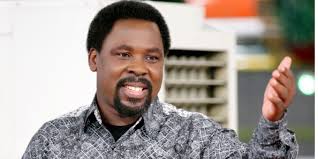 In life, every one aspires to live long, serve his Maker and to enjoy the beautiful things that make life pleasant, joyful and or agreeable.

One of the very popular and versatile politicians in Ghana, in his days of serious advocation to confront the political leaders of the time on human right abuses, furiously declared one day, in the Nigeria English jargon: at a mam­moth rally: “All die be die” to pursue his political ambition to en­suring that democracy gets upper hand, over dictatorship in Ghana.

The “All die be die” statement implies that death comes to hu­mans in different ways such as either by peaceful or accidental means.

People may die in terrible ve­hicle or plane crash, shipwreck, in sleep, meditation or in several other ways as one would think of.

Ideally, it is the expectation of every human to live long enough to enjoy life to the fullest. But the school children’s song as men­tioned above tells it all that our lives are determined by the Al­mighty Heavenly Father. who says; His ways and thoughts are different from ours.

Without trying to hurt Ghanaians in an old scar, about the death of the former President of Ghana, late President John Evans Atta Mills, suffice it to say that b oth Prophet T.B. Joshua and President Atta Mills were spiritual bed fel­lows. On Sunday, 11th January, 2009. President Atta Mills was at the Synagogue Church of All Na­tions (SCOAN), Lagos, Nigeria, to express appreciation to God after winning the 2008 Presidential Elec­tion in Ghana.

President Mills interacted with Journalists for celebrating his birth day on Saturday, 21st July 2012 and told them his miracle was soon to come for surprise of Ghanaians and perhaps the world at large.

Lo! and behold!! on Tuesday, 24th July, 2012 afternoon: not very long when his sister who had visited him and found nothing wrong with him, was only to hear on her way back to Cape Coast, the bad news of her brother’s sudden death. It was certainly a black and most terrible day for Ghanaians and the world at large.

Prophet T.B Joshua preached the Gospel at SCOAN in Lagos, on Friday, 4th June, 2021 and then asked the teeming congregation that since he was not sure he would be able to celebrate his birth day anniversary which was to be held in 12 days time, being 17th June, 2021, whoever intend­ed to present him with any kind of gift, should send it to orphanage homes or needy people in their places of residence.

On Saturday, 5th June, 2021, the whole world was put into a state of grief and trauma as bad news spread like wild bush fire of Proph­et T.B Joshua having died peace­fully whilst sitting in a chair in a state of meditation.

Prophet T.B Joshua had his call to the Gospel in his youth days. After his fifth form secondary school education, he was on his way one day for an interview or examination to enable him further his education in the sixth form: Around 9. 00am whilst on the road the vehicle he boarded had a prob­lem after a long wait for repairing of the vehicle, time for the exam­ination had elapsed and his mission became abortive.

Since then God used him as his vessel for propagation of the Gospel and used him to set people free from demonic attacks and healing people of terrible diseases or afflictions.

Hear Prophet T.B. Joshua preaching: “The more you read the Bible, the more you under­stand yourself and about God. If you do not understand anything, ask God and live by God’s way. God will give you directions.”

Some years ago, Prophet T.B. Joshua was interviewed on one of the television stations in Ghana. He was confronted by his host with this question. It is alleged that you use human sacrifice secretly to perform your miracles Answer provided by him was that: “Even when tiny insects as mos­quitoes stand on my body, I do not kill them but brush them aside because they also deserve to live and so how can I go to the extent of killing fellow human beings or even animals as sacrifices to the Almighty God. The allegation is never true.”

President Atta Mills and Prophet T.B. Joshua you were vessels for the Heavenly Father and you lived and inspired Christians for God. May the Good Lord continue to give you eternal peace ful rest till we all meet again on the Resur­rection Day, Fare thee well.