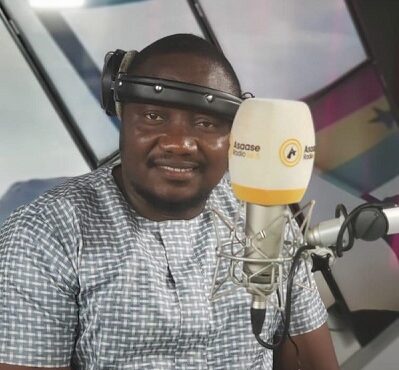 “The Reggae, Dancehall and the Sound System culture fraternity should expect nothing but the best in terms of what we do, since we have more hours and days to play.”

King Lagazee who starts work officially on September 1, 2022, on Asaase Radio said, the burning desire in him for the reggae and dancehall as well as the sound system culture necessitated his move from Hitz FM.

Speaking to The Spectator, the host of ‘YaadSettingz’, said there was a lot of potential in him, that’s not out yet for the people of Ghana, Africa and beyond to see.

“I feel Asaase Radio had that to make me reach that goal. As you can see I have more hours and days to play and also playing in Accra on Asaase 99.5 and live in three other regions in Ghana, Kumasi 98.5, Cape Coast 100.3 and Tamale 99.7 is huge.”

He said all those in the fraternity have to do was to keep following King Lagazee on all social media platforms and also Asaase Radio to know every bit of information about the show.

According to him, his journey into this industry is a whole book to write, adding that the struggle has not been an easy one but he had always believed that with God all things are possible.