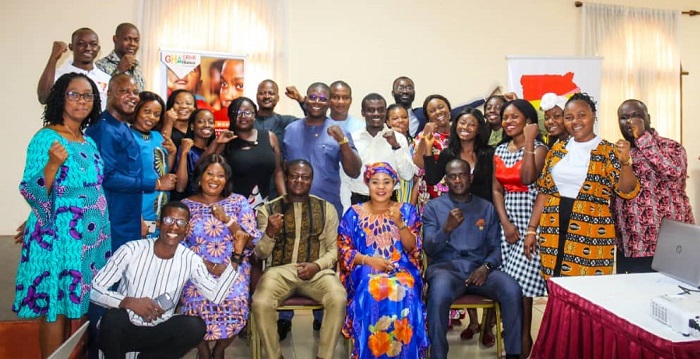 • Some participants at the forum

Stakeholders at a round-table discussion held in Accra recently have pledged to champion issues of Sexual and Reproductive Health Rights (SRHR) and help in harnessing the talents of young girls and the youth in society.

The National Democratic Congress (NDC) and New Patriotic Party (NPP) made this pledge after the consortiums of SRHR Alliance, the organisers, had in-depth discussion with some stakeholders championing adolescent health rights and women empowerment in the country.

Madam Linda Akweley Ocloo, Member of Parliament (MP) for Shai-Osuduku in the Greater Accra Region, highlighted the need to make policies that would help adolescents to build their capacities and also strengthen women to take up roles in the community to enable them to position themselves as virtuous and empowered women.

Mr Thomas Nyarko Ampem, Member of Parliament for the Asuogyaman Constituency in the Eastern Region, appealed to the youth to continually exhibit good traits and urged the authorities to amend the law which would enable the youth to assume certain leadership positions due to age restrictions.

Mr Abednego Bandim, Member of Parliament for Bunkpurugu in the North East Region, said most youth were not able to articulate what they lacked to policymakers and politicians because “they do not have the courage to fight for what belongs to them.”

Mr. Archibald Adams, The Executive Director of African Institute for Population and Development,in a presentation observed that Ghana was a signatory to many human rights conventions and human rights formed a fundamental principle to hold on to when advocating and claiming equality.

Mrs. Dorcas Manortey-Aggrey, the Executive Secretary of GH Alliance, said it was important for stakeholders to dialogue and strengthen capacities of parliamentarians, and partner organisations on gender transformative approaches.

According to her, the mandate of GH Alliance was to convene the works of Civil Society Organisations (CSOs) state actors and individuals to ensure that the needs of the adolescents were prioritised.

“Unplanned pregnancies, child marriage, sexual and gender-based violence and harmful practices to some women can be dealt with when parliamentarians pass bills to put a stop to the aforementioned practices” she noted.