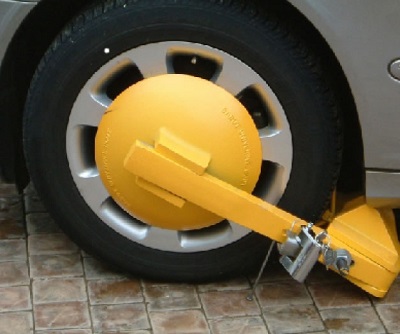 No nation operates in a vacuum that is why there are sets of laws, rules and regulations duly crafted, studied and analysed for the guidance of the people in their daily activities. There is bound to be total confusion and chaos if countries in the world operate without abiding by the laws set out to regulate their operations. Ghana is no exception and, therefore, not an island of its own. It has a set of laws, rules and regulations enshrined in statute books to guide the citizens in their daily lives. Those who decide to go contrary to the laws of the country, will face the consequences thereof.

COMPLYING WITH THE MOTOR TRAFFIC LAWS
In this country, we have the city authorities and the police who are duly mandated by law to ensure that issues regarding road traffic management are effectively handled in accordance with the Road Traffic Act, 2004 (Act 683). This law empowers the Motor Traffic and Transport Department (MTTD) of the Ghana Police Service to enforce road traffic regulations among the citizens, especially motorists. Flouters of the law are duly disciplined either through court fines or various terms in prison to serve as deterrent to others. The Metropolitan, Municipal and District Assemblies (MMDAs) complement the work of the MMTD in the enforcement of the law.

WHAT DOES DESIGNATED PARKING SPACE MEAN?
Designated parking space means parking space that has been set aside for the parking of a particular vehicle or class of vehicles or use by a particular person or class of persons for the parking of vehicles. Parking spaces are very important to cities. Acity must have enough parking spaces to provide its residents and visitors a place to park their cars. Since cars are the main factor in transportation, a city must meet the needs of drivers. Parking can be considered a problem because it creates congestion and reduces the real estate available for more important purposes, such as housing, transit, parks and public space. It contributes also to urban sprawl by increasing the distance between each building. In reality the parking problem is an issue of overall transport policy. This article limits itself to street parking and its impact on road performance. Indeed, transportation requires parking space to stop. However, if parking is not well served, it can disrupt traffic flow and cause congestion. Parking on the side of the road will incur a loss for both the driver and the public if not properly managed.

SAFE PARKING OF VEHICLES
When a car is safely parked, it is visible not obstructing other road users. At night, if you are only parking for a short time, you can leave your parking lights or hazard lights on to make your vehicle more visible. In other jurisdiction, the law states that if your vehicle is not moved within 72 hours, an officer or employee of the police department has the right to issue your vehicle a parking violation notice. There is also a vehicle code section that allows the officer or employee to have the vehicle towed and stored at the owner’s expense.

ROADSIDE PARKING AND FINES
Some parts of the streets in Accra are clearly marked ‘No Parking’ and that is a clear warning to motorists to avoid parking in that restricted area, otherwise when they are arrested they will definitely face sanctions. This is part of the arrangement by the Accra Metropolitan Assembly and the police to instill sanity on the roads to ensure that pedestrian and vehicular accidents are either prevented or brought to the barest minimum. The safety of the people is, indeed, paramount and ultimate, therefore, that bold initiative by the city authorities and the law enforcement agencies are highly commendable.

NEGATIVE BEHAVIOURS BY AMA TASKFORCE
However, in the midst of this positive development, unfortunate negative incidents are currently in vogue by that same city authorities which tend to dampen the spirit of motorists and drivers and need to be addressed immediately. It will interest readers and of course the generality of Ghanaians to know that drivers are being arrested and fined for parking at places they are not aware of being prohibited because there are no road signs to inform them not to park in those areas.

WRITER’S OWN EXPERIENCE
In fact, I was a victim of this negative act by officials from the Accra Metropolitan Assembly (AMA) whose offices are located at Awudome in Accra. I parked my car at the designated bus stop at Awudome on the main Ring Road, to withdraw money from the Absa Bank near the State Transport Company. I spent just about 10 minutes because I used the ATM which was a fast approach to the withdrawal.
When I returned for my car, I noticed that it had been locked together with others whose drivers were not in sight. I told an AMA officer who was standing-by that, I just went to the bank to withdraw money which took me less than 15 minutes but he did not listen to me at all. Instead, he sat in my car and asked me to drive to their office at Awudome which I did. At the office they detained my car the whole day and imposed a fine of GHc 300.00 on me. It was the Public Relations Officer (PRO) who intervened after my explanation, before they released my car to me.

ANOTHER LADY’S EXPERIENCE
Similar story is told about a lady who recently left her sick daughter at home to rush to the office to send a message which had to be delivered by 1 pm. On her way, she stopped by an orange seller by the roadside to buy oranges and remembered she had to buy tomatoes just close by to make some soup for her sick daughter. She returned only to see her car locked by the AMA taskforce team. The team, according to the report, had left the scene and made one staff to watch the car. When the lady enquired from him why her car had been locked, his response was that, “this is a bus stop and you were not supposed to park here”. What? Where is the no sign, what shows that this is a bus stop?” the lady blurred out. The officer was quoted to have said that, “If you are coming to talk law, you will make your case worse. Alright, what is my bill? Unlock my car because I have an emergency assignment to deliver at 1 pm,” the lady told the officer. The taskforce team member has to call his supervisor and that was around 12.15 pm. He arrived around 1.50 pm after wasting the lady’s precious time.

DEFECTS IN OUR ROAD MANAGEMENT SYSTEM
Indeed, these two unfortunate incidents as narrated by this writer should tell us that there is something basically wrong with our road management which must be addressed by the top hierarchy within the road sector quickly. For, how can you arrest motorists in areas within the city where you have not indicated that there should be no parking at those points. Is it being done deliberately to collect illegal money from unsuspecting motorists? Upon all these extortions from car owners, you have the impudence to waste their precious time because you have detained their cars. Is it the Ghana, our cherished and revered country we are dying for? As much as we expect the laws of this country to work efficiently and effectively, those who are to enforce the laws must behave responsibly.

‘Why I am a Christian’ reaches out to lost souls