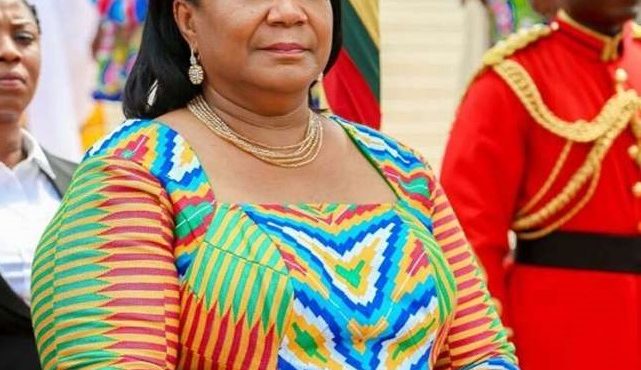 Even though society is governed by laws, rules, and regulations as well as moral values, it is recognised from time to time that in certain cases certain individuals and groups of people do not apply the laws, rules and regulations together with the moral values making right-thinking people in society wonder whether we are all upright in terms of laws and moral values with which we measure ourselves.

A few days ago, the First Lady, Mrs. Rebecca Okaikour Akufo-Addo, had cause to return some allowances paid to her by the state, following the recommendations of the Prof. Yaa Ntiamoa-Baidu Committee, as First Lady of the Republic in line with similar payments made to other members in the country. This gesture was followed by the Second Lady, Mrs Samira Bawumia, who has also been treated in an unfair manner in the same way.

Irritating and atrocious comments
What made the issue irritating and annoying was the atrocious way some members of the opposition exploited it to score political points and to create the impression that President Akufo-Addo and the First Lady, Rebecca Akufo-Addo, cared less about Ghanaians. This unfortunate incident attracted adverse comments from certain individuals and groups of people including the NDC and the CPP which took advantage of the situation to mount unprintable attacks on the First and Second families of the Republic of Ghana.

Some CPP women for instance organised a press conference to say that they did not know what the Second Lady, Samira Bawumia, was doing in the country except to portray herself as a beauty contestant. This awful comment came from women who were older than the youthful Second Lady. Their comments came out of mischief, jealousy and probably sheer envy though, it was unwise to unleash this attack on the Second Lady in this way.

Regarding the First Lady, these women pretended not to have seen the good works this woman is carrying out in this country but to rain unprintable insults upon her as if she did not know what to do in this noble country of ours. It is very unfortunate that such misguided women misfits had to put up behaviour like uncultured people whose only aim in life was to insult decent and hardworking people who were far pleasant in behaviour and comportment when compared with them.

Uncouth behaviour
The CPP is the party that helped Dr. Kwame Nkrumah to emerge the first political leader in independent Ghana so for some of its followers to have gone that ugly way to attack real ladies of the state compared with their own rusty and uncouth behaviour leaves much to be desired.

As for the NDC and the former President Mr. John Mahama, the least said about them the better. The NDC falsified the facts and presented them to Ghanaians as if decent President Akufo-Addo was only in to satisfy the current First and Second Ladies even though this was not the case of my own friend, Mr. John Mahama, knowing very well that his agenda was false, dirty and mischievous deliberately issued a statement emphasising the fact that President Akufo-Addo and the First Lady were rather being greedy and mischievous even though this was far from the truth compared with their lifestyle which was nothing good to write home about.

Sheep in wolves’ clothing
Ghanaians can distinguish between genuine sheep, the NPP, and wolves in sheep clothing, the NDC, and its cohorts. Since this is the case, the NDC should never think that such dirty tricks can win them political power in Ghana today. They may succeed in deceiving a few people in society, but majority of well- meaning Ghanaians cannot be deceived in the same way. If this is the case then the NDC should sit up and forget about such usual dirty tricks which they embark upon, without success though, from time to time.

What crime was committed by President Akufo-Addo in this matter?
Indeed, the payment of allowances to the spouses of the current president and vice-president, former heads of state, presidents and vice-presidents respectively formed part of the privileges due the president and the vice-president under Article 71 of the Constitution. Thus, instead of keeping it in darkness and not backed by any law, President Akufo-Addo thought it wise to regularise the practice by asking parliament to approve and back it with the appropriate law in line with rule of law, transparent practice, openness, democratic principles, and good governance.

Filthy and distasteful comments
In the light of the distasteful and filthy comments from destructive sections of the population “…..the First Lady in consultation with the President of the Republic, has decided to refund all monies paid to her as allowances from the date of the President’s assumption of office i.e., from January 2017 to date, amounting to GHS 899,097.84.”
Justification for rejection

Against this background, the First Lady, is very right in returning the allowances due her to government chest to the embarrassment of shameless members of society. This marks the first reason the return of the allowances was good. In other words, both the First and Second Ladies by the return of their allowances wish to let the world know that they cannot beheld to shameless behaviour as exhibited by some Ghanaians whose corrupt acts are beyond description.
The second reason justifying the return of the allowances is the fact that they are not only beautiful ladies in character and deed, but decent in what they do. Their decent behaviour is incomparable when aligned with those who organised press conferences to attack and insult them without any good reason.

The third good reason for the return of the money is that by the grace of God, the two ladies operate various businesses which give them more than enough money to cater for their ‘own selves’ and spare a little on others who may need to be assisted in one way or the other. What this means is that they have fought hard, with the blessings of God to become what they are today, compared with others who came into politics to steal the little wealth available for the development of people in the country.

Fourthly, they are not envious of others who were paid similar allowances and are keeping them whether they want to return them or not, seeing that it is not everyone who is not in very good health or wealthy enough to decently return the amount already paid to them in the past. This explains why according to the First Lady “she is doing this as a purely personal decision, without prejudices to the rights of others, and not to undermine the propriety of the process undertaken by Parliament.”

Support for the President
They will, therefore, continue to play their pleasant roles to support the President and his administration as has always been the case in the implementation of the mandate given him by the good people of Ghana who deserve to be treated better in line with the image of God the Creator of the universe and all the people who dwell in it.

Ghanaians should be proud of the current First and Second Ladies, seeing that having made it on their own by the grace of God, are in no way joining their husbands to dissipate public funds instead of protecting them in the interest of all Ghanaians to ensure progress and rapid socio-economic development for the nation.