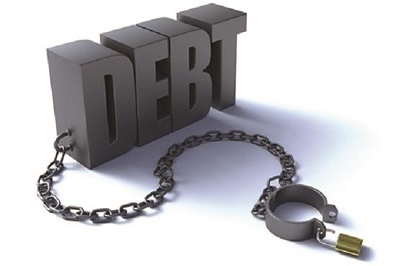 One of the countries in the world that owes a lot in terms of public debt is the United States of America which is about the richest and the most powerful country occupying the surface of the earth.

Even though the United States owes a huge debt to many countries in the world, it cannot be said that it is threatening the existence of its citizens because it uses the money in a manner that helps to cater for the interest of the American people. In other words, as long as a country that owes huge public debt is able to invest its resources wisely and undertake productive ventures with the money borrowed, it will go a long way to solidify the lifestyle and standard of living of its people.

It is only when money that should be well invested is wasted that we can say the future will become bleak for the country concerned. If money is borrowed in huge quantities but utilised to undertake tremendous development projects which go to enhance the productive capacity of the economy, it will not be seen as waste, but a form of investment that will ultimately influence the country’s direction of growth in a positive manner.

If this is the case, then we need to be careful about how we crucify certain governments for going in for money for developmental purposes. If a country, like Ghana, borrows so much money without a corresponding record of investment, then people must begin to show concern about this trend. But, if on the other hand, what is borrowed, even if high, is used to undertake programmes that will be in the interest of the country, then we need not be worried over such a situation.

Due to the over-politicisation of issues in this country, matters concerning borrowing have always been overstretched beyond reasonable limits of analysis such that sometimes, we wonder whether to sit and fold our arms while we could have gone in to borrow money to stimulate growth in certain parts of the economy. There is no doubt that we need to be careful about borrowing but if it is used to resuscitate and strengthen the economy for a more positive productive growth, we need to embrace it.

If more debts are contracted to add to our total debt stock but there is no basis for such a development, then we all have to show concern about it, but if the debt stock is going up because of investment in areas such as road construction, strengthening of the health sector, building of educational infrastructure, especially the free SHS and TVET, then we need to put aside all jokes and analyse issues in the right way so that we would all come to the right and acceptable conclusion.

A current debate ongoing among certain individuals and groups of people in the country is the rising public debt which has hit a high level of GH¢286.9 billion. This figure appears to be very high but did not come out by chance. Rather, it is the result of a combination of factors which have brought about this huge public debt.

A number of reasons can account for rising public debt. One such factor is that if in the past things were not managed well, the result will be a rapid rise in the debts facing the nation. Debts may be accrued in form of investment or rapid construction of infrastructure to facilitate socio-economic development.

When this happens, the development that has taken place can help to generate extra incomes which in turn may cover the debts previously incurred. On the other hand, if previous accumulated debts are not put to good use in form of investment the result will be escalating the level of public debt. Again, some of the debts came about as a result of judgement debts and unreasonable interest rates incurred in connection with some deals connected with some of the power agreements contracted in the past.

Ghana’s current debt of GH¢286.9 billion represents 74.4 per cent of the country’s gross domestic product. On the face of it the debt looks too high but did it just rise like that? Certainly, no.

In a way, this unfavourable economic situation greatly impacted on the lifestyle of the people in the country and this together with non-availability of adequate electricity made economic life unbearable, hence the massive votes against the then NDC led government in December ,2016.

The people in this country must continue to survive economically and live well. For this reason, the Akufo-Addo administration has negotiated for more loans to help construct more roads and other forms of infrastructure in form of schools, hospitals and other development projects.

The implementation of the free secondary school system which is good for the country has also affected the debt stock of the country. The free SHS, free Technical schools and free Vocational schools have led to the accumulation of some billions of Ghana Cedis.

Some of these covered water and electricity extension projects in various parts of the country. For example, for the first time Tamale in the Northern Region can now boast of a beautiful interchange. Such interchange projects have been duplicated in places such as Tema, Obetsebi-Lamptey Circle in Accra and Nsawam area.

Just as things were moving on well under the Akufo-Addo administration, the pandemic known as COVID-19 hit the world including Ghana, throwing out of gear all infrastructure programmes that had been planned for the country.

The COVID-19 further affected the revenue base of the country and increased expenditures to further higher levels. This is what has led to the debt to GDP ratio of 74.4 per cent as of November 2020.

These and many other challenges have contributed to the economic problems facing the country. For many countries in the world, including France, Britain, USA, Germany and others, economic conditions have not been easy. What this means is that things are not easy. Thus, the situation calls for prudent economic management and implementation of programmes.

In spite of all these, Ghana as a country has done well in managing its economy, especially in the light of the COVID-19 pandemic which has led to the collapse of many economic and business activities in the country. Small businesses for example are being supported by the National Board for Small Scale Industries (NBSSI).

Mobilisation of resources to carry out development projects in the country has not been easy but with great determination and commitment, irrespective of the challenges, the Akufo-Addo administration is likely to make it to the admiration of all Ghanaians.

Dealing with the sinking moral