Sekondi-Takoradi markets to be closed till June 3 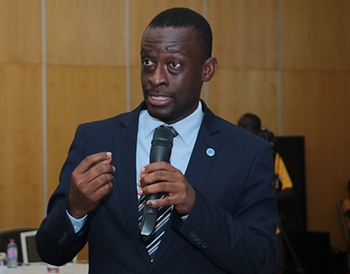 Major markets in the Sekondi-Takoradi metropolis will be closed from today (Thursday) to Wednesday, June 3, 2020.

This forms part of the  enhanced measures to control the spread of COVID-19  in the area, a press release signed by the Public Relations officer (PRO) of Sekondi-Takoradi Metropolitan Assembly (STMA),  John Laste, explained.

It said, “A joint security council meeting of the Sekondi-Takoradi Metro and the Effia- Kwesimintsim Municipal Assemblies, took place on Tuesday, May 26, 2020, to review measures put in place to control the spread of COVID-19 in the metropolitan area.”

It declared that all special market-days had temporary been suspended in the  metropolitan area, reiterating that the Presidential directives to suspend all public gatherings, including conferences, workshops, funerals, parties, nightclubs, drinking spots, beaches, festivals, political rallies, religious activities and sporting events are still in force.

The statement said, whilst the markets remained closed, their leadership would be engaged to introduce shift system using colours, when the markets are reopened.

It announced that the Takoradi market would run three shifts (red, yellow and green) while Sekondi, Kojokrom and Effiakuma number nine markets would run two shifts, thus red and yellow.

The statement ordered “operators or managers of public places are directed to visibly display notices of ‘No Face Mask, No Entry’ at the frontage of their premises.  Leadership of commercial transport operators are to ensure that their drivers and passengers wear face masks and observe social or physical distancing. Again, motorbikes are to be manned by only the rider.”

It said the various assemblies would undertake fumigation and disinfection exercises.