What are we not doing right? 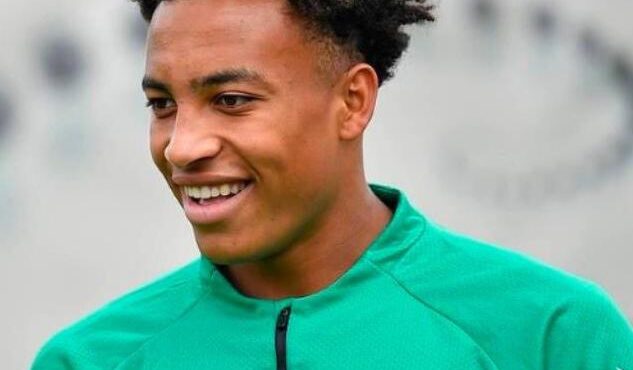 This week has not been very fine for Ghana, depending on where you sit.

The 26-year-old utility, currently plying his trade for Besiktas JK – on loan from Kayserispor – announced on his official twitter account his decision of retiring from the Black Stars until further notice.

He said he would rather concentrate on his club; the statement coming barely four days to the nation’s AFCON qualifying double-header against Sudan. It is not limpidly clear what might have triggered the unforeseen decision.

He may not be a player of the first water but the utility player has been a decent performer and one of those actors that have been pretty consistent anytime he donned the national colours. Why he virtually ‘walked out’ of the national team raises a lot of eyebrows.  There could be more to the story.

Perhaps, he may have been frustrated and disillusioned for not being given enough playing time whenever he reports for Ghana; or there could be something that pushed him into embossing his resolution to the mast.

Mensah was recently used in Ghana’s 0-3 loss to Mali in a friendly international in Qatar, but was subsequently sidelined in the second friendly win against Qatar (5-1), three days later.

Well, some say the player too, may have taken a rash decision and one can only wish him well in his endeavours until he finishes his ‘self-imposed exile’ from the senior national team.

The second issue was rather nettling.  It was the rejection of a national team call-up by Ghanaian-German player Jamie Leweling. The 19-year-old had been named in the 2021 Africa Cup of Nations qualifier against Sudan, a decision that stunned many Ghanaians who may not have heard about the young man’s exploits in the Bundesliga 2 side, Greuther Furth.

Indeed, we were told everything had been done, paving way for Leweling’s invitation. Sadly, it all proved a lie – and now we have a heavy embarrassment staring us in the face.

Ghana Football Association (GFA) President, Kurt Okraku, too, had made statements suggesting that all was set for Leweling to mark his maiden appearance for the Stars.

“Jamie Leweling was recommended by the technical director [Bernhard Lippert] of the Ghana Football Association. As a result, CK Akonnor travelled to Germany and watched him (Leweling) two times and some of his videos. And considering all the information that we had, we thought it was imperative to bring him to the team.

“Some of the information were classified but Jamie must come to the team for which reason we gave the coach the green light to bring him,” Okraku told Hello FM.

So, how does an FA boss make such emphatic statements when he does not have the young lad firmly stuck under his grips? Was he wrongly briefed, too? This is ridiculous, not so?

From the look of things, even the national team coach Akunnor, never had any serious talk with the German attacking talent.

How do you make a call-up without having any serious communication with the player as to whether he would love to play for his country of birth? You do not take things for granted.

It is believed the youngster was not ready to apply to FIFA for a nationality switch, wanting to continue his procession with Germany after featuring for the Under-19 and 20 levels.

Leweling, who is being linked with Schalke 04, Tottenham Hotspur and AC Milan, we are told, was born in Nuremberg to a Ghanaian mother and was part of the professional squad at the “Kleeblatt” last season – having garnered a regular part of the first team, this season.

Next time, let us get it right before we even rush to the press to make such announcements.

There is an African proverb that says you do not lay the bed when you have not seen the woman.