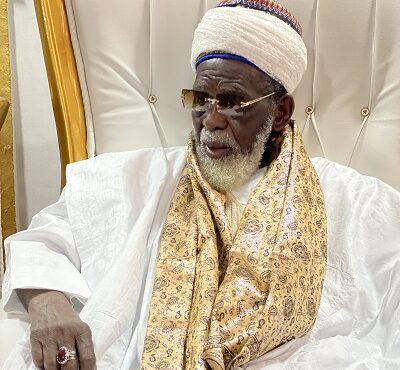 The National Chief Imam, Sheikh Osman Nuhu Sharubutu has admonished muslims in the country to be guided by the virtues of Ramadan in all aspect of their lives.

According to him, Ramadan was a sacred season of cleansing and blessing which cames with a lot of lessons for every muslim.

Sheikh Aremeyaw Shaibu, was speaking to The Spectator during an interview on behalf of the National Chief Imam on Wednesday, which was the last day of Ramadan.

He said the holy month presented an opportunity for one to be refined and energised with spiritual progress in life.

“Muslim enter the month of Ramadan to be refined with outmost beauty and energised with spiritual progress in life,” he said.

The period he said, offered lessons of “patience, fortitudes, empathy, forgiveness and love among others.”

According to the National Chief Imam, these virtues and the connection established with Allah during the month of fasting must not be neglected but should live with muslims throughout their lives.

This he said would bring comfort and relief to others and set the country on the path of accelerated development if the period is held onto.

Sheikh Nuhu Sharabutu urged the youth to desist from “get rich quick” lifestyles which many at times led to negative consequences, but be upright in all their dealings to help them receive blessings of Allah.

He wished all muslims the best in all their endeavours, and urged everyone to love his or her neighbour as thyself and be supportive of one another.

Ramadan is the Arabic name for the ninth month in the Islamic Calendar considered one of the holiest Islamic months. It’s one of the Five Pillars of Islam.

During this period, muslims have an early morning meal before dawn, known as suhoor or sehri, and they break their fast after sunset for the evening meal, called iftar or fitoor.

Ramadan is a time when Muslims are encouraged to give to charity, strengthen their relationship with their maker Allah, and show kindness and patience.

This year’s Ramadan started on Tuesday April13 and ended on Wednesday May 12.