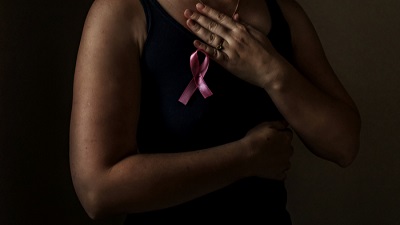 Breast cancer is not women affair

October, the 10th month of every year, has been set aside for creating breast cancer awareness. This started in 1985 between the American Cancer Society and the Pharmaceutical division of Imperial Chemical Industries. This period makes use of the pink colour to create awareness. Breast cancer is a cancer that forms in cell of the breast. This cancer is common in women however, men also stand the risk of getting it.

According to the Mayo Clinic Family Health book edition five, breast cancer mostly occurs in two types: Invasive ductal carcinoma. This cancer is when it starts in the duct and grows outside it and into other parts of the breast which may spread to the body. Invasive lobula carcinoma. It begins in the lobules and to other breast tissues close by.

Ductal carcinoma in situ (DCIS). This is not really considered a kind of breast cancer but rather a breast disease that may lead to breast cancer. But in this case, the cancer cells are only in the lining of ducts, and not spread to other tissues in the breast yet.

Doctor Scott C. Lintin a health practitioner and author of the book, mentions that symptoms of breast cancer in men may include;  lump in the breast, nipple discharge, pain in the nipple area, redness of  the breast area, itches of breast skin. However, these symptoms appear to be same in women as it is in men.

Men who had radiation therapy to the chest have a higher risk of breast cancer, hormone therapy treatment; by using drugs that contain estrogen, to treat prostate cancer in the past, can also increase risk of breast cancer in men, klinefelter syndrome; is a generic condition in men where men have more X chromosomes leading to height level of estrogen and lower level of androgen, testicle conditions like swelling in, injury to, or surgery to remove the testicles.

Ways of reducing the occurrence of breast cancer in men are; seek genetic counseling if there are any records of breast cancer in the family which was known to high as a result of any of the genetic causes above, genetic testing can also be very helpful regular exercise and maintaining a healthy weight.

As females go to the hospital for breast cancer screening, it is advisable that men do same since they also stand a risk of getting breast cancer and this activity should be done approximately every two years.

The writer is a student of Ghana Institute of Journalism