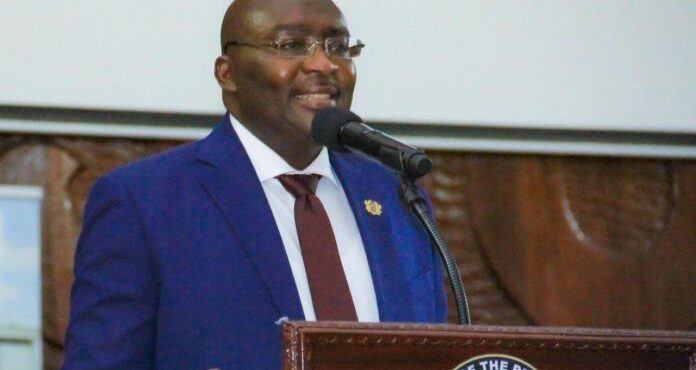 Vice President of the Republic of Ghana, Dr Mahamudu Bawumia, believes the Ghana card will help fight age-cheating in football.

More than 14 million Ghanaians have been issued with the Ghana Card, according to the National Identification Authority.

According to Dr Bawumia, the phenomenon of fake certificates and multiple ages in sports will be curbed when all data of individuals are interlinked.

“Fake birth certificates were a big problem for our country and it made it very difficult for people to trust our documents at embassies and everywhere because people will just go and have fake birth certificates,” Dr Bawumia said at the Accra Business School on Sunday.

“In fact when we went to the birth and death registry, we found three different databases and we had to harmonise the databases.

“Once you have a unique identity you’ll not have fake birth certificates as there will be no football age versus normal age. That business will come to an end,” he said.

He added: “Recently you would know that our women’s team was banned for presenting some overaged players. Hopefully, now we are going to strictly require that they bring their Ghana card before they are going to be registered to play.”