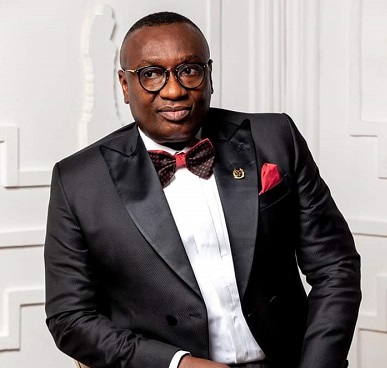 It was a colourful ceremony filled with glitz and glamour at the just ended Exclusive Men of the Year (EMY) Africa Awards held last Saturday, in Accra.

The awards saw various distinguished personalities in different fields of endeavours honoured for their pivotal roles in championing national development.

Against this backdrop, the patrons brought their fashion game to bear, as they dressed exquisitely to match the occasion.

On the night, Mr Ernest Bediako Sampong, a pharmacist and founder of Ernest Chemist walked home with the coveted prize as Ultimate Man of the Year, whereas, Marafatu Abiola Bawuah, a business woman, was adjudged Woman of the Year and Lifetime Achievement Award went to Prof. Stephen Adei, an astute educationist.

Man of the Year Entertainment Award went to Clemento Suarez, with Gilbert Abeiku Aggrey, honoured with the Special Recognition Award for Tourism Marketing and Promotion.

Many other deserving individuals among others went home with various awards.