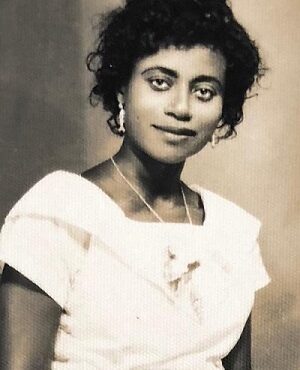 Senior citizens say “old people are just young people who have been alive for a very long time and that the longer you live, the more beautiful life becomes.”

These expressions, to a great extent, suit Mrs. Victoria Nyamapho Zormelo Paintsil, a retired educationist and an accomplished woman who is grateful to God for sustaining granting her strength for nine decades and still counting.

Unusual of nonagenarians like her, she has never been on any medication for diabetes or hypertension. She has all her senses intact, able to walk, talk and read without spectacles.

Her “only physical challenge” is a chronic osteoarthritis which she says “cannot even stop” her from “climbing the staircase to robe in the choir or to dance.”

Prior to celebrating her 90th anniversary on August 4, 2022, she had written an autobiography she describes as “a true reflection of her character and personality.”

Mrs Paintsil, in an interview with The Spectator last Friday, touched on aspects of her life and career, her personal values and some nuggets of wisdom she believes should guide young people in the journey of life.

Born on Thursday, August 4, 1932, to Madam Emelia Akoeley Zormelo and Togbi Godfred Nyavor Zormelo of Tegbi in the Volta Region, she had 18 paternal siblings made up of 11 males and seven females.

According to her, her mother was returning from Togo to Saltpond in the Central Region when she went into labour whilst on transit at Nsawam in the Eastern Region.

“Being a traditional birth attendant, my mother delivered by herself and brought the baby to Saltpond the next day on board a wooden truck by name “Accra Bode.” My father, therefore, nick-named me “Bode” after the truck which conveyed me to Saltpond.

“As the last born of my parents, I was pampered and equally disciplined. I suffered and endured a lot of knocks on my head because I was very naughty,” she recounted in her biography.

The mother of five attended T.I Ahmadiyya School at Saltpond and completed Standard Seven with distinction in 1949 as the only girl in a class of 30 pupils.

In 1956, she enrolled at the Emergency Training College at Saltpond for six weeks as a Pupil Teacher Trainee and was subsequently appointed a Pupil Teacher at Kormantse Methodist Primary School.

After obtaining Teachers Certificate ‘A’ at Wesley College, Kumasi in 1960, she was posted to Saltpond Methodist Middle School at Appiakwaa where she started as a Junior Teacher and rose through the ranks until her retirement in the year 2000 as a Principal Superintendent.

While teaching at Kormantse Methodist Primary School, she got married on September 16, 1962, to Mr. Ebenezer Ayew Atta Paintsil, who encouraged her to choose teaching as a profession but her husband passed away on August 13, 2011, after nearly 50 years of marriage.

Highlighting some of her personal values, the outspoken grandmother now the only surviving child of her parents, said she respected everybody and did not envy or hold grudges against anybody.

“I don’t think I have a grudge with anybody. If you do something I don’t like I tell you instantly.  I tell people that everybody is unique in their own way so nobody should look down or discriminate against the other.

“I spend time thinking about God instead of being bitter or holding grudges against people. If I hold iniquities in my heart, God will not answer my prayers,” she noted.

This and many other attributes, she believes, account for the many years of blessings she continues to enjoy on earth.

Mrs Paintsil, with over 40 years teaching experience, said she was “born to be a teacher because she loves talking and disciplining people.”

A good instruction she always gave her pupils, according to her, was the need to be cautious of personal conduct in the midst of a crowd.  She said the fact that “you are in a crowd does not mean you can misbehave or do bad things and get away with it.”

“You must not forget you are an individual and when you are caught acting wrongly among the crowd, you will be on your own,” she stressed.

As a staunch member of the Saltpond Wesley Methodist Church, she became a chorister in 1949 and served in various capacities, as a Treasurer, Lay Reader and Representative of the Choir at Leaders Meetings.

The disciplinarian who loves reading and having good conversations said she would want to be remembered as a “fearless, outspoken, forthright, and a happy-go-lucky person.”

“I don’t know who my enemies are and I do not hate anybody,” she stressed. She has, therefore, instructed her family not to prescribe any funeral cloth when she departs for the world of her ancestors.

She said everybody should “come in all-white or any black and white presentable attire, have fun, be glad in the Lord, and release a lot of white balloons.”

Mrs Paintsil has 14 grandchildren and one great grandchild. Her children are Paapa Paintsil, a Sports Consultant; Madam Jane Paintsil, an Educational Consultant; Mr. Felix Paintsil, Healthcare and Biomedical Practitioner; Mr. Ben Paintsil of Currier and Bulk Haulage Consultancy — all of them based in the United States of America, and Dr. Victor Paintsil, Dental Surgeon at Tarkwa Municipal Hospital in the Western Region.

Her siblings include Mrs. Victoria Zormelo-Gorleku, the first female Director of the Ghana Prisons Service; Rev. Sir George Zormelo, Jane Adakyivor Zormelo (all deceased) and many others.