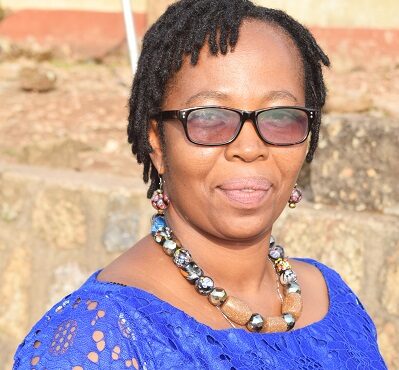 A single parent in the Ho West District of the Volta Region who was worried over gross misconduct of her 17-year-old daughter had no allternative but to eject the school girl (daughter) from home.

Reason assigned to her action  was that her daughter (name withheld) a student in one of the  Secondary Schools in the region had allegedly become pregnnant twice within a year to the detriment of  her education.

This worrying situation did not go down well with the woman who is single-handedly funding her daughter’s education for a better future.

The student is said to be staying with the School’s Board Member for now, and this paper would update its cherished readers in subsequent publication on her current situation regarding the pregnancy and schooling.

To this end, the Ho West Distict Director of Education, Madam Celestine Korsi-Agordo has called on parents to “swallow bitter pill” and support their pregnant daughters to go back to school and continue their studies after giving birth but not to abandon them to their fate.

She reiterated  Ghana Education Service’s (GES) call to parents not to treat their pregnant teenage children as outcast but bring them t their fold and give them the needed parental support to further their education.

Madam Korsi-Agordo,  in an interview at Dzolo-Kpuita on Tuesday, said that, the harm of dropping out of school completely due to a pregnancy was irreparable, adding that it made greater sense and benefitical to the society for a pregnant girl to be seen through school than to be treated harshly.

She was reacting to a current issue in which a 17-year-old first year student of Akorme Senior High School in the Ho West District was evicted from home by her angry mother, as punishment for getting pregnant twice in one year.

The girl got pregnant last year while in Junior High School and was catered for by her mother to give birth successfully .

Soon after giving birth, the teenager entered Senior High School only to get pregnant again.

This time, the single-mother sent her daughter packing out of their home and as a result, she is now perching with a compassionate member of the school’s Board of Governors.

Madam Korsi-Agordo explained that a pregnant teenager who felt rejected by her family may enter a state of unbearable trauma and that could lead to other consequences.

She revealed that there were nine pregnant girls actively attending school in basic institutions in the district, in the first quarter of this year.

Madam Korsi-Agordo said that last year there were 10 pregnant girls in basic schools in the district, but eight of them returned to school after giving birth.

She said that five of them returned to the classroom voluntarily while the other three girls came back after they were counselled by teachers.

According to her, the pregnant pupil were between the ages of 14 and 16, some of whom were impregnated by their mates in school.

“It will, therefore, be a case of gender injustice against pregnant girls if they are expelled from school while the boys who impregnated them rather remained in the classroom,” she told “The Spectator”.

The Distict Director stated that while the schools collaborated with the parents of the pregnant girls to ensure that they received all the necessary ante-natal attention, vigorous efforts were also ongoing in schools to educate pupils and  students to abstain from premature sex.

“We are not encouraging the girls to indulge in sex and get pregna, but where the unexpected happens, the girls should be helped to complete their studies rather than to be stigmatised,” she maintained.