Must we be divided over religious differences? 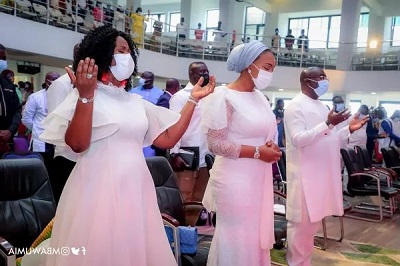 Many religious faiths and practices abound in various parts of the world, sometimes helping to bring people together especially those who share the same faith while those who practise different religions sometimes see themselves as different groups of people who are not related in any way.

Many a time, religious differences bring about fierce conflict among people and make them see themselves as enemies to the extent that they tend to condemn one another even though they are seen to be related biologically from distant relations. It is, therefore, important for people to note and understand the basis of religion and why they sometimes become divided over religious differences.

There are different religions in the world and these include Christianity, Islam, Buddhism and many others such as traditional African religion. Lack of knowledge that characterises the practices of each of the faiths make it difficult for non-members of that faith to see themselves as different from those who have accepted to practise that faith. For this reason religion makes people see themselves as unrelated in a number of ways.

What is interesting is that all religious faiths and practices emanate from the belief that God the Creator of the universe ought to be revered and worshipped in one way or the other. Understandably, followers of different religions see themselves as a special group of people whose behaviours are not in line with those of others whose perspectives are different.

If, therefore, a Muslem sees himself or herself as different from a Christian and vice versa, we need to appreciate and acknowledge why such differences exist. We often hear people say that God is one yet we find different ways of worshipping this God as the exclusive truth when we move from religion to religion, making each religion stand out as superior to the other.

We need to note that our perceptions about God and the way we worship Him as the Creator of the universe may differ from person to person based on the peculiar beliefs and practices that we accept as the exclusive truth.

It is important to look at different religious perspectives in different parts of the world. As an example, if a new born child finds itself in a Muslim family or parents, when this child grows up, he or she is likely to be influenced to become a Muslim seeing that religiously and culturally, he or she will be introduced to the same faith and practices.

This situation applies to a Christian child born to a predominantly Christian home in Ghana, Nigeria or any of the European countries. Thus, as this child grows up, he or she will also be introduced to the Christian faith and practices to end up as a Christian. For this reason, we will come across new breed of persons whose religious beliefs and practices may be found as different from others we encounter in our neighbourhood.

It is important to recognise at this point that religious differences are bound to emerge but we should not in any way see ourselves as different from one another, ending up as enemies instead of complementing one another in our reverence to God the Creator.

We may all be dedicated or committed to the same Almighty God but in different ways. Condemnation from one another which in the past led to religious wars instead of accepting other brothers and sisters as being part of the human race ought to stop immediately.

That is why it is good when we come across people of various religious faiths easily interacting with others who share different views and belong to different religions.

Ghana for example is made up of people of different faiths but the good thing among them is that they are able to live together in peace without creating religious havoc among themselves. If people sincerely understand their faith in God, they will never see themselves as enemies and fight one another on religious grounds. This simple truth has been recognised and accepted by all groups of people in this country irrespective of the basis of their religious faith.

There is one person in this country who is a devout Muslim but finds it easy to mingle with many Christians as well as others who belong to different religions. This person is the Vice President of the Republic, H.E. Alhaji Dr. Mahamudu Bawumia. Dr. Bawumia is working effectively with his boss H.E. Nana Addo Danquah Akufo-Addo who is a Christian. These two gentlemen are moving along in an effective manner with other members of government to pursue the agenda of national development.

Dr. Bawumia, a devout Muslim has been found visiting various churches, sometimes with his wife, Hajia Samira, to worship and sing hymns at worshipping centres that are known to be Christian. The Vice President has never expressed disrespect for any Christian or group of Christians in this country. Rather, what he is noted for is the way he embraces Christians and people of different ethnic or religious groups, sharing a common vision with them in line with the attainment of national goals.

He has not only been found singing Christian hymns in Christian churches but quoted also portions of the Bible during his presentations to the congregation.

The man Dr. Mahamudu Bawumia is one person who, though a devout Muslim, characteristically accepts and embraces all Ghanaians irrespective of their religious affiliation or belief. Some of the people he embraces and mingles with are the down trodden such as the poor, the deprived and people considered to be unimportant or underprivileged in society.

This pattern of lifestyle is very commendable and enviable and must be appreciated by everyone in this country and the rest of the world.

In other words, his personal beliefs and lifestyle shows that as a Muslim, he embraces all those he encounters in society as children of God who must be assisted in any way necessary.

Dr. Bawumia is one person who is not proud or pompous but humble enough to become a friend of any person in society. He is always full of smiles and ready to assist everyone irrespective of the person’s background, whether highly educated or not, whether a Muslim or not, whether rich or poor and does not look down on any person. These are the people or leaders we need to follow and identify with for their shining examples to the rest of society.

The point being made is that our religious differences are bound to occur but these differences, based on different circumstances, ought not influence us in any way to discriminate against other members of society. This is an admirable fact which throws light on the true nature of God and for which reason we must all come together and work hard as one people with one common destiny for our common good. In other words, our religious differences should never serve as a basis for us to behave in a discriminatory manner against other segments of society.