Opinion: A prosperous Ghana must be built on hope 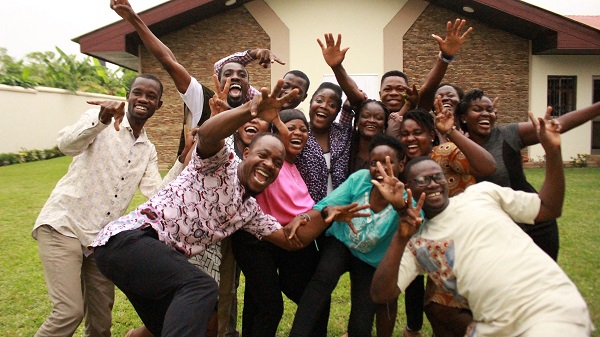 Any serious national conversation on an efficient governance system and its fruits of development should never exclude the active and productive populations, including youth and women.

Thus, a country whose active population happens to outnumber all other sects of population, and are of sound and good health, has a duty to put such populations at the centre of its policies and programmes.

And we believe that is exactly what the President Nana Addo Dankwa Akufo-Addo is doing.

That is also why such segments of the population should appreciate such opportunities and buy into them for their own well-being as they contribute their quota towards national development.

But that also means digging deep into our innate abilities and taking advantage of the appropriate opportunities available in optimally benefiting from the several schemes available, including skills training, ICT, revenue mobilization, entrepreneurship, agriculture, afforestation, among others.

There are, indeed, innumerable instances of such countries who have proven that such ideas are the way to go in rapidly transforming society and positively impacting development and growth that touch every social layer and household, including the disabled and vulnerable.

We may cite China, almighty US, Malaysia, India and Pakistan as well as Cuba, whose expertise in basic health delivery services is about the most effective in the world. Accordingly, we may agree that what is good for another country may be good for us, and that is why it is imperative that we follow the example of such nations.

This being said, it becomes crucially pertinent for the Ghanaian youth to note that without their active contribution and effort, all government initiatives targeting them would fail in the long run.

That is why such programmes should be responded to with a sense of commitment and the collective benefit of the larger citizenry. Nonetheless, the Ghanaian youth cannot assume that they can solely drive the propellers which power a country to become successful.

Yes, we have certain countries where military coup d’état was orchestrated by young and vibrant youth with an ambition to revolutionise society.

We may, however, admit that such hollow ambitions, without concrete structures and processes, can hardly be sustained. In the history of Ghana, some exuberance ignited positive political result like the riots and looting in Accra Central in 1948 and the February 28 peace march by World War Two veterans.

But the absence of versatile and constitutional structures resulted in political instability that later divided the country into polarised groups, instead of a unified state with a clear, unambiguous programme.

That, of course, calls into question our commitment and willingness to accept and adhere to democratic processes, exhibiting the positive attitudes which we are willing to portray when we travel to the outside world while denouncing all practices considered blood-sucking habits (usurping governments, corruption, tribalism, et al).

These are but a few of the virtues which Ghana, particularly its youth, needs to imbibe and live out as they take advantage of the thousand and one opportunities existing under government initiatives to contribute their quota.

The description ‘backbone of a country’ given to the active population, thus, calls for the youth to better position themselves in making impact in all of these important areas mapped out by our technocrats in the strategic sectors.

This is a basic step in preparing to take on the mantle of leadership, as we march on doggedly in learning and allowing ourselves to be mentored responsibly, so that we do not become a liability to ourselves when that mantle falls on us in due time.

The task, which is being handed over to us by the older, experienced, accomplished generation, encompasses governmental policies set out specifically for the youth to master in systematically and graduallymoving up into positions in public and private life.

We may also similarly find ourselves in business and academia as well as politics and other governance environments like local government or religious and charity platforms – all of which support human uplifting and welfare and help improve lives and livelihoods.

Undeniably, successive governments in Ghana have been engaged in various efforts to mobilise and uplift youth to a better and worthy status than they came to meet us.These are evident in the creation of several organisations such as ‘The Young Pioneers’, which was formed to instill discipline and patriotism in the youth.

Support systems offered such youth include scholarships to train them as professionals, the Free Compulsory Basic Education and many other programmes put in place during Nkrumah’s era.

Similarly, Dr. K. A Busia’s government followed suit with the establishment of Ministry of Youth and Rural Development, the National Service Corps and others, which ensured that the increasing population of youth in the country were not left aloof in the process of development.

Again, Col Kutu Acheampong’s National Redemption Council saw to it that the ‘Operation Feed Yourself Campaign’in which the youth were highly motivated as partners ensured that food security challenges were tackled and agriculture raised to an acceptable level.

Then, we had the J.J Rawlings era of both military and democratic governments which guaranteed that in all that it did, the youth played a central role, as WDCs and PDCs or market and lorry park unions, in partnering government’s development agenda.

The J.A Kufuor administration, similarly, never relented in incorporating the youth into its various policies. Basically, due to the significant rise in the population of youth during his tenure of office, and the threat of increased unemployment rate it had on Ghana`s economy, the National Youth Employment Programme (NYEP) under the Ministry of Manpower, Youth and Employment was established to curtail this peril.

Also, the Distance Education Programme for Youth Development, now School of Continuing and Distance Education, was introduced in the University of Ghana to serve the working youth who wanted to obtain a higher tertiary education.

The urge to provide a platform for the youth by successive government within the Ghanaian spectrum showed no sign of retrogress as the late Atta Mills and Mahama’s tenures saw that the policies regarding the presence of the youth in the country were made explicit.

These included the decoupling of Youth from the Ministry of Manpower and Employment and aligning it with Sports. Also, in doing so, the Ministry was tasked to identify the existing challenges facing the youth whilst suggesting resolutions.

The introduction of the Progressive Free Education was also one of the various measures implemented to curb illiteracy due to financial constraints. With all these and more as a tool to provide solutions by policymakers and government to the able youth of the country, it must be noted that the youth can only be gingered to aid in bettering the country when there is a holistic acceptance to engage in practices which affects the country positively and not otherwise.

Efforts made by successive governments to uplift the youth of Ghana cannot be mentioned without citing the commendable achievements of H.E Nana Addo Dankwa Akuffo-Addo.

Evident among the numerous policies of this current government to guarantee the betterment of the youth include NABCO, which is employing 100,000 youths, Planting for Food and Jobs, Free SHS, One District One Factory, revamping of the Forestry Commission, which has created 83,000 jobs, the restoration of teacher and nurse-trainees’ allowances, among others.

These are but a few initiatives put in place by the current government to ease the burden on youth, thus creating platforms for exploration and exhibition of talents, skills and knowledge acquired.

It is indeed also true that not all the existing problems facing the Ghanaian youth have been resolved by government and policymakers.

Nonetheless, it is of utmost importance that we as the backbone of this country rally around the policymakers and government with a high sense of optimism in the knowledge that “Rome was not built in a day”.

United and resolved to work hard as patriotic citizens, our nation will sooner than later gain its momentum as the gateway of Africa.

The writer is the TESCON President, University of Ghana Distance Education.