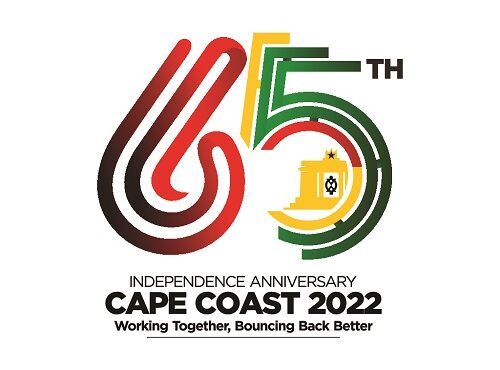 The nation Ghana, celebrated its 65th independence anniversary after freeing itself from British colonial administration in 1957.  This year’s celebration took place in the Central Regional capital, Cape Coast, on Sunday, March 6, 2022, under the theme, “Working together, bouncing back together”.  The usual euphoria, ecstasy and funfair that were associated with past celebrations were in vogue.

It was delightful to watch a match past of combined team from the security services and school children drawn from the Cape Coast Municipality.  The Head of State, President Nana Addo Dankwa Akufo-Addo, took the salute. In attendance were the Vice President, Alhaji Mahamadu Bawumia and his wife Samira, Mrs Rebecca Akufo-Addo, wife of the President and other dignitaries including the Prime Minister of Barbados who was the Special Guest of Honour.

TRIBUTE TO THE ‘BIG SIX’

The achievement chalked so far by the country would not have been possible without paying tribute to the efforts of the Founding Fathers of the United Gold Coast Convention (UGCC), popularly referred to as “The Big Six”.  They were, Osagyefo Dr. Kwame Nkrumah, Ebenezer Ako-Adjei, Edward Akufo-Addo, Joseph Boakye Danquah, Emmanuel Obetsebi-Lamptey and William Ofori-Atta, all of blessed memory.

History tells us that in August 1947, these great men laid the foundation for the Gold Coast’s struggle for independence of which Osagyefo Dr. Kwame Nkrumah became the first Prime Minister of Ghana.  In his maiden speech, Dr. Nkrumah said, “At long last, the battle has ended, and thus, Ghana your beloved country is free forever.”  He did not end there but went further to state that, “Our independence is meaningless unless it is linked up with the total liberation of Africa”.

Dr. Nkrumah later became Ghana’s first elected president, having won on the ticket of the Convention People’s Party (CPP).  Nkrumah’s tenure as president was short-lived and was overthrown in a coup led by Col. Emmanuel Kwasi Kotoka on February 24, 1966.

In 1992, Ghana ushered in the Fourth Republican era with Jerry John Rawlings being elected president on the ticket of the National Democratic Congress (NDC).  It was during his reign that the 1992 Constitution of Ghana was drafted by some eminent citizens of the land.  Since then, Ghanaians have continued to live under a democratic rule.  After Rawlings, President John Agyekum Kufuor of the New Patriotic Party (NPP) took over from 2001 to January 6, 2009.  The NDC assumed power again under the leadership of Prof. John Evans Atta Mills from 2009 until his demise on July 24, 2012.  His vice, John Dramani Mahama, assumed the presidency and completed the term of his boss.  In 2013, President Mahama assisted the NDC to retain power.  He served his term until January 6, 2017, when he handed over to a newly elected President, Nana Addo Dankwa Akufo-Addo who rode on the ticket of the NPP to power.  Currently, the NPP continues to govern the country after Nana Akufo-Addo being re-elected in 2020 general election.

VIEWS OF GHANAIANS ON THE CURRENT STATE OF THE ECONOMY

This brief history I have painted, tells us where we came from and where we are at the moment.  Indeed, the country has made remarkable strides as far the democratic journey is concerned.  However, we need to ask ourselves whether as Ghanaians, we are comfortable with the cost of living and, indeed, our living standards as we celebrate our 65th independence anniversary.

Sampling the views of Ghanaians about the current state of affairs as connected to the living standard of the people, one can conclude that times are very hard and people just cannot make ends meet.  The general view is that the economy continues to go down and that nothing is working properly.  To most Ghanaians, there is nothing to celebrate as far as the 65th independence anniversary is concerned because people are not in the right frame of mind.  They allude that the general strike by workers of various public institutions, speaks volume of how the country has gone down the drain.  Some allude that the country is suffering and currently is at the ‘intensive care unit of the hospital’.

Mr. Pierre Larporte, Director of World Bank for Ghana, who recently addressed an anniversary public lecture organised by OneGhana Movement on March 7, 2022, asked the government to be transparent with the citizens.  “At the World Bank, we have not hidden the fact when we have held discussions with government officials and even Head of State that, even Ghana faces a very tough road ahead to restore macro sustainability.  Yes, COVID-19 has not helped.  But even before COVID-19, there were signs that the situation was getting a little bit challenging.  So, the key thing is to be transparent with the people.  Yes, the figures speak for themselves, but not everybody is educated as we are.  Not everyone understands what the numbers mean, so it is important to talk about it like we are doing.  More important is for us to find solutions to the problem,” the Country Director said

On the other hand, a former Finance Minister, Prof. Kwesi Botchwey, has proposed some solutions to deal with the downward trend of the country’s economy and restore the confidence reposed in it over the years.  According to him with the pace the country was going, it would not be able to move the bulk of its poor out of poverty in another generation.  His suggestion was that the country needed to build consensus around the reforms that were necessary to resolve the nation’s creditworthiness.

To him, the real problem with our public finances was structural and would require a thorough review of all sources of pressure in the budget including every flagship programme and its sustainability and impact, all options must be on the table.  We must not for instance, transition temporary spending incurred during the pandemic into public spending, when we are already struggling to collect revenues.

These are suggestions the government may have to consider irrespective of political party affiliation.  We are in the boat together, and we can sink together when the situation demands.  Therefore, it is important to welcome divergent and concrete suggestions and views from people with rich economic backgrounds to salvage the economy from total collapse.

Meanwhile on the international capital markets, we are being told that investors have signalled uncertainty about economic outlook and prospects of Ghana.  Key rating agencies such as Moody’s Investor Services and Fitch Ratings we are told had all downgraded Ghana’s creditworthiness.

The on-going Russian-Ukraine terrible incident with serious ramifications in countries worldwide has aggravated the already hard conditions in Ghana affecting the generality of Ghanaians.  Almost everything in Ghana, staple food items, water and even salt have seen an astronomical increase in price levels.  As for the increases in fuel prices, there is nothing good to write about because almost every week, the prices are increased.

Ghanaians are, indeed, suffering and are finding it difficult to make ends meet as goods and services are not affordable.For now, it is important for the government to find ways of mitigating the hardship of the suffering masses in the midst of the economic challenges, otherwise the celebration of the country’s 65th independence anniversary stands to be meaningless to the people.