Parliament: When Bagbin decides to tell a ‘red’ lie 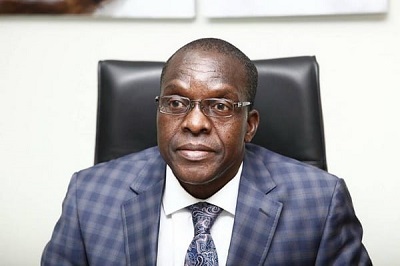 Many Ghanaians strongly believe that the Rt. Honourable Speaker of Parliament, Mr Alban Sumana Kingsford Bagbin, is not a robot and can never act as one.

Many also believe that Rt. Honourable Bagbin will not allow himself to be ‘programmed’ as autopilot or ‘a human post office’ where ‘people’ will post their ‘letters’ for him to read to compromise his venerable position as the Speaker of Ghana’s Parliament.

A lot of Ghanaians also hold the view that Rt. Honourable Bagbin is now ‘a national human property’ for all Ghanaians not only for his political party, the National Democratic Congress.

But latest development  in the recent visitation of the Ethiopian Parliamentary delegation to Ghana  seems to be erasing the lofty assertions made by a number of Ghanaians about our Rt. Honourable Speaker of Parliament.

One may ask: What is the beef?

The Speaker of Parliament in a recent interaction with a delegation from the Ethiopian Parliament is reported to have said; “but for last minute movements where some parliamentary seats were snatched by the New Patriotic Party (NPP) , the NDC  would have had Majority in Parliament.”

Reportedly, Rt. Honourable Bagbin said:”The NPP General Secretary, John Boadu, even admitted that the NDC won more seats in Parliament, but some last-minute moves were made to snatch some of the seats from the NDC.”

Rt. Honourable Bagbin reportedly added:”That one is a statement of fact.”

Expectedly, the NPP General Secretary has described the claim by Rt. Honourable Bagbin that parliamentary majority went in favour of the Opposition NDC as “falsehood.”

“There is no iota of truth in such statement made by Rt. Honourable Bagbin to the Ethiopian Parliament since I have never stated anywhere that the NPP devised tactics to get parliamentary majority in its favour,” John Boadu has said.

He insists that ; “the NPP has always maintained in its post elections comment that the party won majority of the parliamentary seats.”

But the question is: Has Mr Bagbin himself got water-tight evidence to back what he allegedly told the Ethiopian Parliamentary delegation?

Readers, do you remember? While waiting for the declaration of the December 7,  2020 election results, former President John Dramani Mahama said at a press conference in Accra that:”We have won the elections. We have also won 140 parliamentary seats and what else do we expect?”

He stressed:” I am happy Ghanaians have rejected the Akufo-Addo government,” and asked his NDC supporters to take to the streets and jubilate.

Additionally, former President Mahama stated:”The Akufo-Addo government is using the military to change the results of the elections to favour Akufo-Addo and his NPP.”

So, Rt. Honourable Bagbin: From what former President Mahama is quoted to have said; be said to be true? Where is the evidence to back it? Is it because the statement is coming from ex-President Mahama, it must be accepted as the ‘gospel’ truth?

Rt. Honourable Bagbin: You are known as a very competent lawyer. Not so? In the ‘ game of law, ‘ is it not the case that EVIDENCE is supreme? So, where is the evidence that what you told the Ethiopian Parliamentary delegation actually happened?

If you cannot produce the evidence, is it not the case  that you told a ‘red’ lie to the Ethiopian delegation?

Mr Speaker: In spite of the ‘apparent truth’ you believed in ; was it not strange to you when ex-President Mahama went to Supreme Court, rather seeking injunction, directing the Electoral Commission to conduct another election between him and President Akufo-Addo ?

And that President Akufo Addo did not cross the constitutional threshold of 50 per cent plus one, to warrant the declaration of the presidential election results in his favour?

The simple answer is ; ex-President Mahama did not have any evidence anywhere to support his ’emotional’ statements.

Rt. Honourable Bagbin: Since you decided to follow “the ‘red‘ lie tangent”, you might have, as well, relayed the ’emotional’ statements made by your party to the Ethiopian delegation and topped it up with the Supreme Court ruling.

From a distance, Mr Speaker, I can tell with all the confidence at my command, that your reasoning prowess is more than excellent. So, why do you descend into the ‘red’ lie zone?

Readers, now let’s listen to Professor Edward Gyampo of the University of Ghana: “Bagbin is expected to be very firm and neutral person who will not even do the bidding of his own party and he sounded that caution.

“And if he begins to make such statements not backed by evidence, you open yourself up for needless criticisms.”

Professor Gyampo says: “They went to court. If they had that evidence, they should have shown this there. These things have been settled because we have handled them in court by the ruling.

“For a whole Speaker to be saying this; I mean, it’s a bit problematic because if you do that, it undermines the expected neutrality.”

Over to you, Rt. Honourable Alban Sumana Kingsford Bagbin. Any response?