Perez Musik is out with “TserOfe” 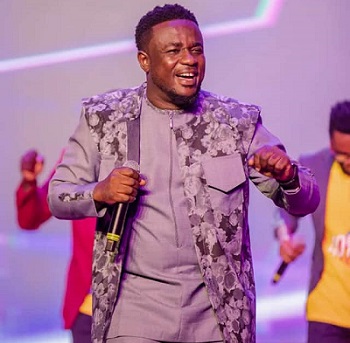 The single track was launched and released on Sunday, August 21, 2022.

Usual of him, the “BlemaTesaa (Rock of Ages) and “HewaleLala” maker blended both the Ga dialect and the English Language just as the earlier songs.

As a sound enginner, he made sure the sound technics were brought to bear as he backed the TserOfe with a powerful rhythm.

The track talks about the fact that God is wonderful and all His works are wonderful.

The song puts God above all things and that all His works are evidence He is supreme.

Born Frank Tagoe some decades ago, the gospel artiste, songwriter, producer and film maker, is hopeful the song would impact the lives of listeners.

Songs such as BlemaTesaa (Rock of Ages), HewaleLala, among others are already enjoying massive airplay on both radio and television stations.

Meanwhile, Perez Musik is having his first ever concert at the Victory Bible Church, Awoshie in Accra tomorrow, August 28,2022 with AkeseBrempong, MOG Music, Pita and Efe Grace as artistes performing on the night.