Provide incentive for exploration …to spur growth of mining sector 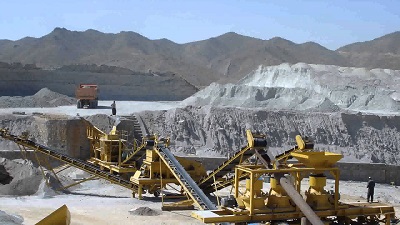 Mining has played and continues, to play important role in the socio-economic development of the Ghanaian economy.

After the Structural Adjustment Programme in the 80s, which saw the liberalisation of the Ghanaian economy in general and mining industry in particular, the sector has continued to attract more investment and multinational companies.

The entrance of the multinational mining companies into the country’s mining industry helped to revive ailing mines and invest in new ones.

Since the liberation of the mining industry, the country’s mining sector has expanded rapidly, experiencing a massive jump increase in annual gold output and huge rise in bauxite, diamond and manganese production.

The liberation of the mining industry helped to attract millions of dollars to address the balance of payment problems facing the country then, and more funds to help government fund development projects and social services.

The privatisation of ailing state mining companies helped to build the economy and brought vibrancy to mining communities which had remained dormant due to the break in mining there.

Encouragingly, Ghana last year emerged the leading gold producer in Africa and sixth in the world.

The mining industry has been one of the major contributors of the country’s foreign exchange earnings.

For instance, the mining sector accounted for 48.4 per cent of the country’s gross merchandise export receipts for 2020, which the Ghana Chamber of Mines (GCoM) points out, was more than the combined contribution of cocoa and crude to merchandise exports earnings.

“Data from the country’s lender of last resort, Bank of Ghana, shows that the mining sector consolidated its pride of place as the foremost source of forex from exports receipts in 2020. The proceeds from the export of minerals increased from $6.678 billion in 2019 to $6.999 billion in 2020, representing a growth rate of 4.8 per cent.  The upturn in mineral export revenue was driven primarily by the expansion in receipts from the export of   gold and bauxite, which counterbalanced the diminution in the export proceeds from manganese and diamonds,” the GCoM 2020 Annual Report stated.

The report said out of the $5.14 billion total mineral revenue realised last year, a total of $3.67 billion representing 71.32 per cent was returned to the country.

The mining sector remains one of the big tax payers in the country and contributes substantially to the country’s tax revenue.

In 2020, the mining industry fiscal payment to the government stood at GH¢4.4 billion, comprising GH¢2.14 billion as corporate taxes, GH¢1.392 billion mineral royalties, GH¢641.8 million as Employee Income Tax Payment, GH¢222.84 million as dividend and GH¢557, 876 as other payment by self-employed in the mining sector.

Additionally, the sector contributes immensely to job creation in the country.   The mining industry employs more than 34,363 of the workforce in the country, comprising 33,919 direct Ghanaian employees and 444 expatriates.

In an interview with the Chief Executive officer (CEO) of the GCoM, Mr Sulemany Koney, about the existing unfavourable exploration regime prevailing in the country, he said government must waive the taxes on exploration to help attract more mining investments into the country and also position Ghana as a mining support services hub in Africa.

The GCoM represents the mining companies in the country and advocates policies to spur the growth of the mining industry.

“There is the need for the government to create a conducive environment and fertile grounds for exploration to help the country maintain competitiveness in the mining industry in Africa,” he said.

Mr Koney said the Valued Added Tax (VAT) imposed on exploration was a disincentive to attract more investment into such activities in the country.

“Before you dig, you are asked to pay tax upfront and this does not bode well for the mining industry in Ghana,” he said.

Mr Koney said Ghana did not receive any appreciable investment in exploration last year due to the unfavourable exploration regime.

The CEO of GCoM said exploration was critical to the mining industry and it was through such activities that more minerals were found.

“Mineral resources are finite and it is through exploration that new deposits are discovered,” he said.

Mr Koney observed that Burkina Faso, Cote d’Ivoire, Mali and Senegal were competing with Ghana for mining investments, and, it was necessary for the government to reduce the taxes on exploration to attract more exploration investment into the country.

The GCoM 2020 Annual Report revealed that last year, Ghana ranked behind Mali as the fourth largest destination of exploration capital for gold in Africa in 2020, adding that the budgetary allocation to Mali for gold exploration projects increased from $91.9 million in 2019 to $94.6 million while the equivalent to Ghana ebbed from $98.6 million to $84.6 million in the same period.

Mali’s share in the global gold exploration budget appreciated marginally from 2.14 per cent in 2019 to 2.18 per cent in 2020, while in the case of Ghana, its corresponding share reduced from 2.3 per cent to 1.9 per cent.

“This development is noteworthy as Ghana dropped from second to fourth on the league of planned exploration spending on the continent,” the GCoM said.

As indicated early on,  exploration drives mining, and it is important that, Ghana which is touted as having one of the liberalised mining regimes in the sub-region , must provide incentives for mining companies to attract and conduct more explorations.

Exploration requires huge capital outlay, running into millions of dollars, and investors will not invest in the sector if the fiscal regime is not favourable.

This is because, if no mineral is found or the reserves found are of low commercial value, all the funds pushed into the exploration have gone to waste.

In an era, when the country’s revenue is plummeting due to the coronavirus pandemic which has ravaged some businesses, attracting more exploration budget will go a long way in boosting Ghana’s economy.

It is also important to indicate  that a lot of industries in the country, such as  drilling companies, machinery and equipment, oil companies,   depend on the mining sector  to thrive and a decline in exploration budget will affect those  companies providing mining  services for the  mining industry.

Thus, it will be prudent for the government to use the Mid-Year Budget Review, to waive taxes on exploration for the mining companies.

Not only will favourable fiscal régime spur the growth of the mining industry, but attract more Foreign Direct Investment to the country to boost the economy and government finances and revenue generation.