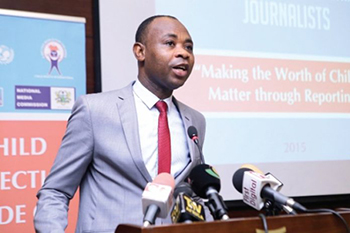 The Executive Director of Child Rights International (CRI), Mr Bright Appiah, has called on the government to hasten slowly in its decision to re-open schools on the mass level.

According to him, the government should adopt a gradual approach where final year students due for exams should first be allowed to resume classes as a test case for broader school re-opening.

Additionally, students who were due for their turn on the double tracking system must also be allowed to resume school since they have a backlog of activities to undertake.

In the meantime, Mr Appiah said all nursery and kindergartens schools should remain closed indefinitely whiles the government focuses on developing more online programmes for parents to take up that role.

“Corporate institutions must make it a deliberate policy for more parents to spent time with their children. More so, the government should engage the work of social workers to periodically do home visits,” he said in a statement issued and copied the Ghanaian Times.

Mr Appiah said, these measures would give the government the enabling environment to have a broader picture of how re-opening school on the mass level would be.

“By so doing, the government would have gotten to know how to handle and assess the impact of re-opening schools on the mass level. This is the only way to halt any decision that might spell doom for the country’s educational sector,” he said

He said the state must bear in mind that any wrong approach could spell doom for children and Ghana’s attempt to contain the coronavirus disease.

He said although CRI was not entirely against the re-opening of schools, it would be needful to undertake the process gradually, beginning with final year students.

Per Mr Appiah’s assertion, it would be beneficial and wise to begin the steps of re-opening school starting with final year students at the Junior and Senior High School level.

“CRI believes that the government should first allow those who are due for examination to go back to school following the protocols of social distancing and any other precautionary measures laid down by the Ghana Health Service (GHS) against the coronavirus,” he said in the statement.

Mr Appiah said there must be a collaboration between GHS and schools in rolling out any measures to re-open schools.

Mr Appiah said as the country’s coronavirus case stood, it would be disadvantageous for nursery, kindergarten, primary and continuing students to be allowed to go back to school, adding that schools must be closed to these categories of students.