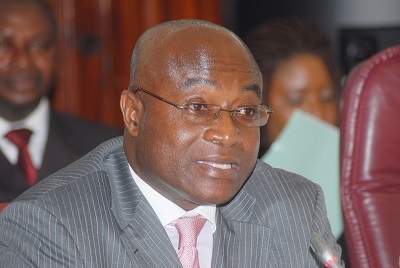 The leadership of Parliament has impressed on the Finance Ministry to release the balance of the Electoral Commission’s budgetary allocation for it to be able to effectively undertake its duties this year.

The Majority Leader and Minister for Parliamentary Affairs, Osei Kyei-Mensah-Bonsu, who made the call at a media briefing in Parliament yesterday said, of the GH₵701 million allocated to the Commission for 2020, only GH₵400 million has been released; six months to the December 7, 2020 polls.

“Even though on paper, about GH₵701 million had been released to the Commission for the performance of their functions, only GH₵400 million has actually been received by the Commission,” he said.

The House, he told journalists, has since mounted pressure on the Finance Ministry to release the remaining funds to the Commission for it to be able to perform their constitutional mandate effectively.

“The Finance Ministry must release the outstanding GH₵300 million, if we want the EC to commit and indeed be able to pursue this enterprise and have a very credible elections.

“That amount should be released to the Commission as soon as possible.

“We all have to engage the Finance Ministry and put pressure on them to do what is needful.

“In this COVID-19 environment, time is certainly not on our side and there cannot be any slips,” he said.

The Finance Committee, he said, would continue to engage the Finance Ministry to ensure that the money was released to the EC.

Aside their budgetary allocation for the 2020 fiscal year, the Suame MP said an outstanding GH₵329 million which wasn’t released to the Commission as part of its 2019 budget must also be released.