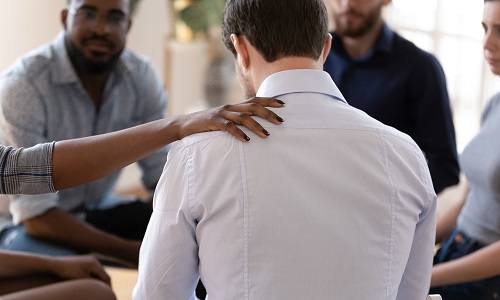 Let’s support one another

The poem concludes that these men

Each in his own opinion

Though each was partly in the right,

And all were in the wrong!

They were right about their descriptions of what they had experienced. They were being true to what they knew. But they were wrong because they failed to account for what they didn’t know. How can an elephant possibly be like a spear, a tree, and a snake? It’s clear when we see the whole picture. It’s not so clear when we refuse to consider anyone else’s experience.

This mistake is humorous when applied to elephants but tragic when applied to people. Sometimes we are so quick to judge. We make casual assumptions about people based on limited information—the way they look or talk. But in reality, we are all blind. Our perceptions, our experiences are limited. It takes patience and humility to withhold judgement, gather more information, and hear other viewpoints.

The same applies to many of the confusing and divisive issues of our day. Many people seem so adamant that they are right and anyone who disagrees is wrong. But those who come closest to the truth are those who are willing to look for it everywhere—even in the perspectives of those who see things differently.

In our quest for truth, we can look to God for guidance. After all, He sees and knows things we cannot, no matter how observant we are. So with one hand, we hold to the truths we know, and with the other we reach out in humility and goodwill, because there’s always more truth to receive.

As to the difficulties of arriving at justice and fair judgement, one philosopher observed: “We must remember that we have to make judges out of men, and that by being made judges their prejudices are not diminished and their intelligence is not increased.”

It is high tribute to say of any man that he is just in all his judgements.  And it is higher tribute to be able to say that he is generous as well as just in judgement.  Ungenerous judgement is an unfortunate character fault, and perhaps no one is ever innocent when an ungenerous person is his judge.

It sometimes seems that there is nothing men do quite so much as misjudge other men. Whether knowingly or not, it is a perennially prevalent fault to permit personalities or prejudices to enter into the judgements of others.  There isn’t anything that anyone could do that couldn’t be misjudged by one who wanted to misjudge.  There was never a mortal man in whom fault could not be found by one who wanted to find fault.  There is no act or gesture that could not be misinterpreted by someone whose mind was so set.  There is no uttered word to which someone could not give a different meaning from what was intended.

Perhaps this is in some degree inevitable so long as people are imperfect and that seems likely to be for a long time.  But the fervent petition of Solomon could well be the earnest plea and prayer of each of us: “Give therefore thy servant an understanding heart … that I may discern between good and bad: for who is able to judge. . . ?” Whether it be among our friends or family, among our own intimate associates or absolute strangers, one of the greatest qualities of character is to be just and generous in judgement.

And with a plea from Paradiso again we could well let Dante give us these words of constant warning: “O mortal men, be wary how ye judge.”