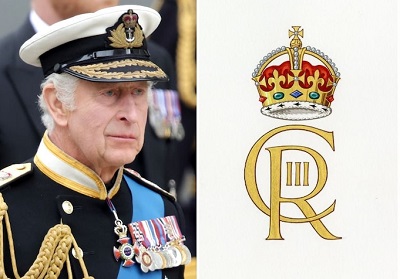 Her death means different things to different people. Some people think the monarchy should give way to a republican status, while others hold the view that it has guaranteed stability in the United Kingdom (UK). Some claim that it has become archaic in the face of current world politics and tenets of modern democratic practice.

There are yet others who believe that maintaining the monarchy is a drain on the British public purse since members of the royal family are taken care of by the taxpayer. It is said that the funeral of the queen cost a whopping £4 billion at a time the UK is experiencing an economic downturn.

A group calling itself the Young Communist League of Britain has issued a statement in response to the death of Queen Elizabeth II. “The death of Elizabeth Windsor highlights to our generation and working people across Britain that the abolition of the monarchy remains a pressing and important issue,” it said in part.

“It is fundamentally clear, now more than ever, that Britain must become a modern republic. A tiny interbreeding sect of a decaying aristocracy cannot and will never reflect the interests of working people in Britain…..the imposition of an obscenely wealthy, unrepresentative, unelected head of state is offensive to all working people. But this is not just a matter of important democratic and egalitarian principles,” it continued.

It did not end there. “The Royal Family’s wealth and the Crown estates, vast tracts of land and resources across Britain, are centuries of stolen wealth from the working people of this country and the oppressed and exploited peoples in Britain’s colonies……the monarch’s position as the head of state, not just of Britain, but of various former colonies and as head of the Commonwealth plays an important symbolic and ideological role in maintaining British imperialism around the world,” and advocates “…….the immediate abolition of the monarchy and its replacement with a democratically elected head of state.”

The firebrand leader of the Economic Freedom Fighters (EFF) of South Africa, Julius Malema, warned his country’s president, Cyril Ramaphosa, not to order flags to fly at half mast. If he did, his EFF would marshall people to raise them up all across the country. His beef was that the British plundered the resources of his country.

Many commentators speak of British atrocities in Africa, especially in South Africa, Kenya, Zimbabwe in the name of the Crown.

I confess that, personally, nothing about the British excites me, but I watched the Queen’s funeral with a journalistic interest. Forget about the Crown making money on every single slave sold in the Americas. Forget about the two Barclay brothers who made money as underwriters to slave ships and ended up setting up Barclays Bank from the proceeds, and later Liverpool FC. All blood money, if you asked me.

Yes, some of the expensive diamonds and emeralds that adorn the imperial crown might have been plundered in India and Africa. Some might have been gifts from coercive influence  but what else would have been expected from the Brits?

Today, we grouse, rave and rant about what colonialism did to us. I do not yet know if we do this to massage our inadequacy and pain as a people or expect recompense. This behaviour is like closing the door to the barn after the horses have bolted.

Today, we elect leaders who plunder our resources far in excess of what the colonial Europeans did. We elect characters who take millions from multinational companies and grant them concessions to mine our minerals and our countries make less than 10 per cent from the proceeds.

I was sorely disappointed watching almost all leaders bussed to the Westminster chapel for the Queen’s memorial service. I wished to God that only our African leaders were bussed. I would have laughed loud and said, “You guys got your just desserts. Serves you right.” But that did not happen. If it did, that would jolt them into knowing how little they mattered in the geopolitical scheme of things. The final act of humiliation.

Those developed countries know some of our leaders for the rogues they are; for the frauds they are and for the plunderers and corrupt characters they are.

We elect leaders who dance to the tunes of the imperialists, yet shout their voices hoarse to their people about reparation for the obnoxious slave trade. We elect people who, assuming office, become overlords running roughshod over the people.

The whole nation becomes their ‘spoils of war’ that must be shared among lackeys, friends, family and bootlickers. They account to no one and, as a result, manipulate the system to keep winning elections.

How many foreign politicians syphon their countries’ resources into African banks, buy properties or invest in Africa? Our leaders do not have confidence in the countries they lead. And we turn around to blame everything on the characters that colonised us. Do we not have minds of our own?

All this has to change one way or another. And this I call the African Revolution. It must be a revolution of like minds among the youth and of the continent; be it francophone, anglophone, lusophone or any other phone.

The youth will rise up and declare that enough of the plundering is enough and will take leadership of the continent; and with one voice. It is an epoch I will love to live and witness. Thankfully, I am aware of the undercurrents.

Our young women who have been subdued into pigeonholes of subservience must strive for leadership roles as men. There are quite a number of young women leaders in many countries. And they are doing a good job too.

The African Revolution must question the usefulness of the Commonwealth. Who controls the wealth that is supposed to be common? If this group does not benefit our economic growth, let us walk out of it. How can a group of economic vampires sit on the comfort of their couches and determine how much they buy what we produce, yet determine what price we buy theirs?

These are the issues we must avert our minds to and bargain on equal terms. Because world trade is conducted in American dollars, the USA will never go to the IMF for a bail out; America will just print more dollars and still remain atop the food chain of economic might.

What stops Africa from a common continental currency? Even the talk of sub-regional currencies that has been on the table for decades has not seen any concrete action. The European Union has become a powerful trading and economic bloc, even if the British, in their egotistic nature, have exited. The African Revolution will take us there.