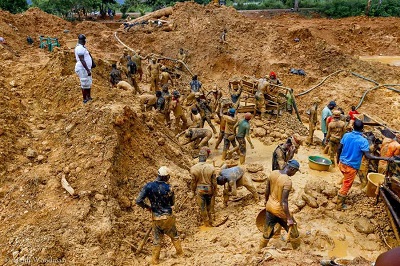 There’s an Akan proverb that translates to mean “when an insect bites you, it is already in your cloth”. A similar one in Ewe says “it’s the snake in your home that betrays you and hands you over to the foreign snake”. For an outsider to invade your territory, the betrayal comes from within.

The very first time I encountered Chinese, it was sometime in 1971 when I was on an excursion to the Tema Harbour with schoolmates. A ship had docked at the port and there were hordes of these Orientals milling all over a huge vessel. We were allowed aboard the ship to interact with the Chinese sailors and take a tour of the vessel. Let me confess that we could not differentiate one Chinese from the other; they looked like they were all born of the same parents.

They had slant eyes that seemed to squint all the time, round faces and strands of hair that seemed to stand on their scalp. Their skin looked a shade more yellow than the American Peace Corps volunteers that taught us in school and some British that I had known prior. It was on this ship that I first saw oranges in red, green, blue and red colours, and frozen.

I later got to understand these Orientals better from the novels of James Clavels. I know the story of the Japanese colonisation of China and the heroics of Chairman Mao Dze Dung who revolutionised the country. I know also of the Dynasties that ruled this vast country long before Christ. One thing I have never understood is the Chinese invasion of Tibet, no matter what their motivation was. Tibet was then a peaceful, spiritualised mountain nation governed by a Dalai Lama. The people were largely vegetarian. Then the Chinese invaded the place and feasted on any living animal in sight.

In the past two decades or so, the Chinese started coming to Ghana. We normally saw them at construction sites, textile and steel factories and also as crew on fishing trawlers. A few Koreans, Filipinos and Japanese were also visible occasionally. Then the torrent of Chinese pouring in became alarming to some of us. Chinese Restaurants sprang up in Accra, Tema and other big towns. Chinese herbal clinics opened businesses. Others had ideas of going into mining.

With the connivance of prominent Ghanaians, chiefs and some political actors these Chinese obtained licences and concessions to go into our forests to prospect and mine gold. Many, if not all of them, were into the illegal sector christened Galamsey. Cocoa trees were felled to give way to mining. Mercury, a rather toxic chemical used in the process was released into rivers and other water bodies, thus polluting the environment to the extent that aquatic life has been destroyed.

Foodstuffs from those areas now have cyanide and mercury contamination higher than the tolerable levels for human consumption. The rivers are now more than muddy waters from an avalanche of mudslide from monsoon rains. How they manage to take the gold away is anybody’s guess. They arrive at our ports of entry with barely a duffel bag over their shoulders and before you know it, they have excavators all over our forest floor, turning our rich, fertile agricultural soil upside down.

It is heartwarming to learn that the Minister of the sector, Mr. Samuel Abu Jinapor, has asked mining by the small scale operators to be put on hold. Good as that sounds, we must begin to find a way to reverse the pollution of our water bodies. These Galamsey operators must first be made to bear the cost of cleansing these rivers of the pollutants. The pollution of any river must be classified a felony, especially since the very existence of the people in the catchment areas depends on the water resource. The Presidency must lend utmost support to Mr. Jinapor in this regard.

I will not be surprised if pressure has already started mounting on the President to allow the Galamsey business to continue. Should people die because others want to make money at all costs? South Africa’s gold reserves have depleted by over 60 per cent. I hope Ghana is not racing to go down the same path.

What the Chinese do to our land attracts the death penalty in their country. They dare not degrade the Chinese environment, so why do they do that here? The answer is simple: we have allowed them to. They have friends high up in the Immigration Service. They have friends high up in government. They have collaborators high up in the Security Services. Simply put, they have become untouchable. Some have become kingpins in their own right. A military detachment was seen in news video, camped at a Galamsey site giving safe conduct to these Chinese activities.

The chiefs in the affected areas are complicit; they cannot pretend not to know what is going on in their backyard. They have been paid to acquiesce. The Chinese Leader is right when he says his citizens do not know their way around and it is only a local who could lead the way. How very profound and true.

Now, there is something new and more frightening. China has begun to export cocoa. While destroying our cocoa farms, the Chinese had the presence of mind to take some cocoa seeds back home to ‘experiment’ with. Voila, they have succeeded in cultivating the crop and are exporting it. Not only are they cultivating cocoa; they are using very innovative methods in the drying process. The good thing with the Chinese is that when they set their minds on something, they go at it with a passion. It is as if their very lives depend on it.

I have read claims by a cocoa farmer described as an expert in the produce, that China’s foray into cocoa production is no threat to Ghana. I wish this expert had adduced empirical scientific evidence of his assertion. The Chinese export earned that country $3,600 per tonne while Ghana’s own fetches $2,400 for the same weight. Does it mean China has a better bargaining power or their cocoa beans are of a more superior quality? Which is the case, if I may ask the experts.

It took Malaysia only five palm seedlings from Ghana to become the largest world producer and exporter of palm fruits and palm oil. See? I recollect some years ago when driving from Adawso in Akuapem towards Koforidua, there was a large palm plantation around Kwamoso that stretched for kilometres on end. Today, the place is bare, thanks to the African appetite for frothy palm-wine.

And how has the Malaysian success spurred us on to do better or even improve on our production, if the expert is to be believed? Let us tickle ourselves and enjoy the laughter while other countries are busy taking their chances. We pride ourselves as the first in gaining independence and other firsts, only to be overtaken by the realities of the times.

I hear China has started bagging gari for export. Give China between five and 10 years from today; that country will be the biggest exporter of cocoa beans on the world market. This is not my wish. It is the sad truth. Can our COCOBOD drive the agenda for drying cocoa beans the way the Chinese have done? I have my doubt. Our cocoa farmers are so impoverished they cannot afford the Chinese method of drying their beans.

What the biggest cocoa farmer earns from the crop in a whole season comes nowhere near one month’s salary of the Chief Executive of the Ghana COCOBOD who, in all probability, does not own a cocoa farm. Is it any wonder the youth are not interested in farming? As a cocoa farmer myself, I am aware of the situation on the ground. I know the type of cocoa that was on our soil before Tetteh Quarshie brought the Fernando Po variety. I know the variety that came from Brazil and I know the hybrid.

If what is in the news about Ghana’s cocoa beans having high mercury content is true, I am afraid this country is done for. I call on our scientists in the standards sector to collaborate with our Ministry of Agriculture to investigate this as quickly as possible so that Ghana’s record of having the best cocoa beans is not dented. If it turns out to be true, we can only blame our leaders, not the Chinese.

As for the Chinese, they must be free to undertake legitimate business wherever they want. However, they must not be allowed to do what they cannot do in their own country. After all, we all belong to one human race and every land or space must provide genuine opportunity for everyone, irrespective of race, colour or creed.

Once upon a time, Ghana was the leading producer of cocoa in the world. Today, Ghana is chasing Cote D’Ivoire which produces more than double our annual production. Very soon, we are likely to chase both China and Cote D’Ivoire for a place on the table. How would our leaders in the Cocoa Sector explain that?