Stay away from pain killers…they can affect fertility — Specialist 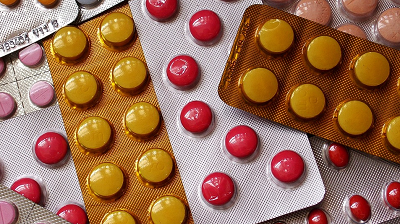 Dr. Dixie Constantini, a Specialist Obstetrician Gynaecologist with the Women’s Health, Obstetrics and Gynaecology has stated that there are group of pain killers that could affect ovulation and reduce fertility by 75 per cent or more just after 10 days of usage.

She has, therefore, advised women who are trying to conceive but are experiencing any form of pain to have discussion with their doctors before taking pain killer medicine.

Speaking in an interview with The Spectator on Wednesday about some activities that could reduce the chances of a woman trying to conceive, Dr. Constantini said it was important that women who were trying to conceive limited the quantity of pain killer drugs they took or should completely stay away from some specific types.

She named aspirin, brufen among others, (Non Steroidal Anti-inflamatory Drugs (NSAIDs) as some of the drugs to avoid when trying to conceive.

She explained that such pain killers reduced the progesterone levels, a hormone that was necessary for fertility.

“When this happens, you are likely not to ovulate and pregnancy is unlikely if you don’t ovulate” she said.

The Specialist Obstetrician Gynaecologist noted that most fertility problems could easily be solved if women sought help from the right sources and not try to solve such problems by themselves.

She said the journey to conception was a serious one and so no action should be taken without first consulting a doctor.

She said it was sad to find out that someone had struggled through conception because she was not doing things right but not due to irreversible reasons.

Women’s Health Obstetrics and Gynaecology is made up of group of specialists that deal with health concerns women have mainly on gynaecology and pregnancy related issues.