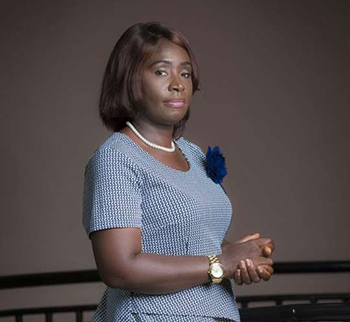 In the Kwaiebibirim Constituency, some residents have suspected a man who had returned into the country to with the COVID-19 virus have called on the chiefs and the Ghana Health Service (GHS) to evacuate the man, from the community stating that they would not stay in the area with him.

Such incidents and stigmatisation of such persons has caused emotional trauma among people with the virus leading to some refusing to attend hospitals when they have the symptoms.

The COVID-19 pandemic did not only cause havoc in the country but had also led to people stigmatising others who contracted the virus whether recovered or not, or have returned from one of the countries that have been hard hit by the virus.

In an exclusive interview with the Member of Parliament for Abuakwa North Constituency, Mrs Gifty Twum Ampofo, on the issue, she urged the public to stop stigmatisation of coronavirus patients and rather show a sense of love and care towards them, adding that, more education was needed on the pandemic.

According to the MP who is also Deputy Minister for Education in charge of TVET a lot of people have less education on how a person can be infected.

She said there was no need to stigmatise coronavirus patients or people suspected to have the virus since it was not a disease that kills instantly.

“Even though the virus has no known cure for it, a lot of people have recovered. The fact that someone has contracted the virus does not mean his end has come.”

Mrs Twum-Ampofo noted that, rather than stigmatise them, people should show care and love, adding, “It would motivate others to quickly visit the hospital or go”. to the testing centres if they have acquired the virus,”

She lamented that because of stigmatisation, people were not going to the hospital to even find out if they have the virus when they see signs and symptoms of the virus in them, and reiterated the need to stop the stigmatisation and treat them well, adding anybody could be a victim.

“Once a person has been declared recovered by the Ghana Health Service, it means the person has truly recovered considering the number of tests that would have been done,” she said.

Mrs Twum-Ampofo revealed that, according to GHS statistics about 494 patients have recovered as at May 12, 2020, adding that, those who have died were said to have underlining health issues.

“Those who have recovered are not harmful as those of us who have not yet checked to know our status,” she stated, and called on the citizenry to have sympathy for such people and rather show them love in this era of the COVID-19 pandemic.

She also called on the public to ensure that, they observed all safety protocols including proper handwashing, social distancing, respiratory hygiene among others to help curb the spread of the coronavirus.