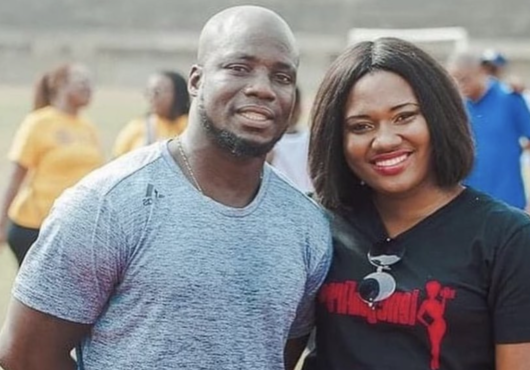 Socialite Abena Korkor has hit back at the former Black Stars captain, Stephen Appiah, for dismissing claims of their sexual affair.

In a tweet on Friday, the mental health advocate said, “Stephen Appiah, don’t let your management destroy you. Sometimes the truth won’t kill you.”

In the past few days, the actress has been trending after she published names of some top celebrities she has allegedly slept with.

Footballer Asamoah Gyan, singer Stonebwoy and Stephen Appiah were among some of the celebrities Abena Korkor alleged has had intimacy with.

But in a statement, Mr Appiah described the revelations by the self-styled sexual therapist as false.

According to him, “I have never encountered the said author in any special way other than at a few open and public events where she sought my permission to take pictures with me.”

Miss Korkor, however, stands by her allegation.

“Managers of celebrities must learn cyber forensics. I am just healing but in an unpredictable manner. Therapy is opening cans of worms,” she wrote.

Before this tweet, the socialite had rendered an apology to individuals she had published their names.

She admitted that she tarnished their images by “dragging our private business to the limelight.”

“I will not attribute all my actions to bipolar disorder. I am seriously dealing with some mistakes I made in the past and my childhood trauma,” she stated.

Meanwhile, she warned prospective persons interested in having an affair with her to do that “at your [their] own risk.”