We have failed Castro and Janet Bandu- Lawyer Maurice Ampaw 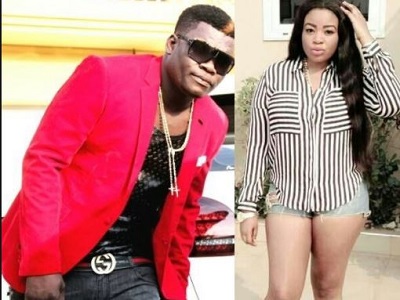 Legal practitioner, Maurice Ampaw, has said that Ghanaians and the relevant state institutions clothed with power to unravel the mystery surrounding the disappearance of musician Castro and a friend, Janet Bandu, have failed them.

Castro, known privately as Theophilus Tagoe, together with Janet Bandu were in the company of former Black Stars Captain, Asamoah Gyan and others at a resort in Ada to spend the weekend on July 6, 2014.

Unfortunately, the two disappeared during a Jet Ski cruise on the lake, and against this backdrop, Monday, July 6, marked the sixth year since the  unfortunate incident, but with a year more, the way would be paved for the two to be legally declared dead.

The legal practitioner, Maurice Ampaw, has expressed his disappointment.

According to him, the Criminal Investigations Department (CID) failed in the search approach for the two.

In an interview with The Spectator, Maurice Ampaw said, initially, the country failed to take the right steps to properly investigate the case.

He said those who were with Castro on the fateful day were not properly investigated and were allowed to leave the crime scene, and rather authorities relied on hearsay as well, and later kept quiet on the case.

Maurice Ampaw added that the people of Ghana, and Parliament among other state institutions lost interest in the case, and failed to give it the necessary attention in order to resolve it.

He also apportioned some of the blame to the families of the missing individuals for not uniting to fight for the right thing to be done.

According to him, all that the country had been waiting for is the seven years, and a day legal requirement to declare them dead.

Describing the processes as very sad, he said the family could seek an order from the court to that effect next year, and go to the Birth and Death Registry to legally declare them dead, adding that it would give the necessary families permit to hold the funeral and look into the sharing of assets.

Expressing his displeasure, he said, “How can someone die and you say you’re waiting for seven years to declare him dead? We have not been serious and we don’t take the death of people serious,” Maurice Ampaw lamented.

According to section 33 of the country’s Evidence Act 1975, a person can only be legally declared dead after seven years, and one day by a court, where the person in question is not heard or seen despite measures to find the individual.