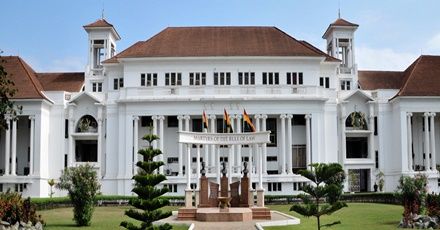 The Supreme Court (SC) by a unanimous decision on Wednesday, March 9, ruled that Deputy Speakers presiding over proceedings in Parliament can vote on issues and be counted as part of a quorum for decision-making.

This ruling has however been criticized by the Minority as their Leader, Haruna Iddrisu described it as “a judicial support of President Nana Akufo-Addo’s E-Levy that he is labouring to pass”.

While some critics have described it as an affront to the principle of separation of powers. Others also claim the SC has no jurisdiction.

Former President John Dramani Mahama, in his remarks, said the decision by the court can affect the independence of the legislative arm of government and could even affect deliberations in the House.

However, the Supreme Court in its ruling said: “parliamentary standing orders are subservient to the Constitution and in any case, no arm of Government or agency of the State, including Parliament, is a law unto itself because, without exception, everyone and everything in Ghana is subject to the Constitution”

According to the SC, “the Constitution in Article 2 confers on any person who alleges that an act or omission of any person is inconsistent with any provision of the Constitution the right to apply to this Court for a declaration to that effect”.

“Framers of successive Constitutions of Ghana have consistently moved in one direction, away from Parliamentary sovereignty towards constitutional supremacy, wherein sovereignty resides in the people of Ghana and no authority or institution is above the law.”