Youth should keep away from murder (Final Part) 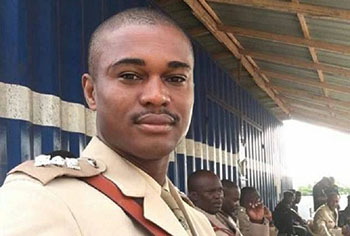 A murderer literally smears his fingers with blood, attracts a generational curse, keeps himself or herself perpetually in chains and soils one’s reputation in the eyes of the public.

The act is so repugnant, unchristian, a demonstration of wickedness, unwillingness to forgive and complete disregard for human life.

One of the greatest temptation the youth encounter is the danger of being enticed to indulge in the perpetration of inhumane acts under the influence of drugs and without serious consideration of the matter.

This prevents them from making critical analysis of issues and acts before they jump into executing them.

Some of the youth have found themselves in this quagmire because of false assurances given by spiritualists to help them to get rich quick.

They are eager to acquire wealth and look good in the eyes of the public without necessarily working for it.

Some spiritualists are cunningly promising unsuspecting youth to spill blood in return for money.

The youth should keep themselves in readiness to face the challenges of life by remaining submissive to their parents at home and do same while at school.

In addition to that, they should remain glued to their books and study hard to surmount all academic hurdles.

A friend intimated that when he was at school, he took much delight in writing examinations and always made sure that he studied hard and strive to become a shining example at school.

In our towns and villages which have sizeable population to manage, people who committed murder were banished from the town and the natives ensured that they did not return to cause further nuisance.

This single act dents the reputation of the murderer’s family and the succeeding generations. The situation gives cause for people to raise eyebrows whenever they are about to deal with any member of that particular family.

The stigma usually associated with such families leaves much to be desired, though not through the machinations of members of that generation.

In modern times, the law would take its course and murderers who are apprehended would be imprisoned if found guilty.

Why should a young person fail to work hard and rather become envious of the toil and hardship of others,  and finally put himself or herself in trouble?

The youth should know that the determination to work hard in life, no matter the circumstances, lies in their hands.

This is the opportune time they have to take their education seriously to enable them to live better and fulfilled lives.