SHS student remanded in connection with alleged kidnapping of 2 children 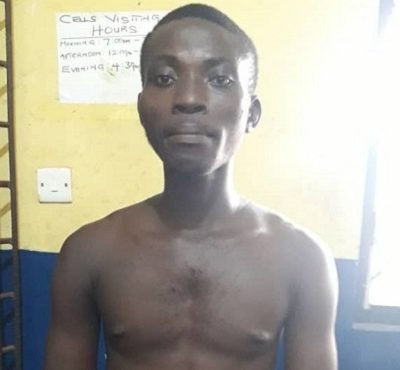 has remanded Daniel Wallace, 18, a form three Senior High student into police custody for allegedly kidnapping two children at Komenda, in the Komenda-Edina-Eguafo-Abrem municipality of the Central Region.

The suspect, who demanded GH₵6,000 as ransom for the release of the two children in his custody, was charged with the offence of kidnapping.

Briefing journalists, the Central Regional Police Public Relations Officer, DSP Irene Oppong said last Saturday about 1pm, the police in Komenda received a complaint from Paa Ekow Eduam that his six-year-old son and another child had been kidnapped.

DSP Oppong said the complainant informed the police that the children visited their grandfather at Amotoe, a suburb of Komenda and were said to had gone outside their home to play when they were whisked away by an unknown person.

DSP Oppong said, the suspect then demanded GH₵ 6,000 as ransom before releasing the children.

She said the Central Regional Police Command in collaboration with the Elmina District Police and residents of Komenda rescued the children the same day and mounted a search for people behind the kidnapping.