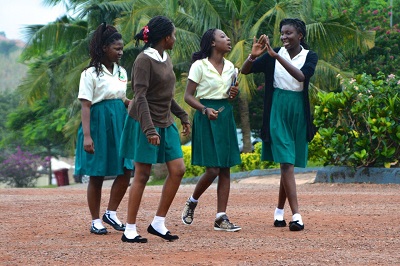 A non-profit organisation, Ideapath Consult in collaboration with the ‘Get Back To School’ Foundation is set to procure 10,000 sanitary pads to be distributed to vulnerable girls in and out of school in the Upper West Region.

Dubbed, “30 Days Smile”, the six months project, which would commence in July would, train some selected seamstresses in the production of approved sanitary pads for girls.

It would also engage health advocates in communities and schools on reproductive health and menstrual hygiene issues.

Mr Tahiru, Chief Executive Officer (CEO) for Ideapath Consult, told The Spectator that his outfit was mobilising additional sanitary pads from individuals and benevolent bodies in the region.

He said the project, when commissioned, would among other things sensitise girls on personal hygiene and reproductive health.

“We will also supply educational materials to the girls to serve as reference point after the education.

“The absence of support for innocent girls could make them fall prey to unscrupulous men who could lure them into early sex, hence our commitment to tackling the issues,” he said.

Mr Tahiru noted that the incidence of teenage pregnancies among girls in deprived areas could be attributed to the lack of basic items which were not provided by their parents.

He believed the project would benefit parents, teachers and help reduce some challenges faced by girls during menstruation.

“We hope to also use the 30 Days Smile Project to intensify the campaign on ending stigmatisation against girls during their monthly cycle and strengthen advocacy on responsible parenting with regards to provision of the needs of the girl-child,” he added.