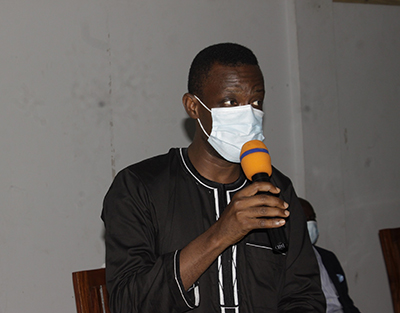 The Western Regional Minister, Mr Kwabena Otchere Darko-Mensah, has bemoaned the numerous chieftaincy disputes which continued to pose serious threats to the peace and security of the region.

He said notwithstanding efforts by the security agencies, almost all the districts in the region have one issue or the other. Prominent among them are the protracted chieftaincy disputes at Dixcove, Fijai, Essipon, Komfueku, Ateiku, Dompim-Pepesa and Shama.

The region, he said, continued to enjoy relative peace, with no cause for fear and panic, adding that it is heart-warming to note that intensification of security patrols has brought some relief to residents of the Sekondi-Takoradi Metropolitan area but nevertheless, vigilance and personal security on the part of every citizen is required to ensure safety.

Mr Kwabena Otchere Darko-Mensah expressed these concerns at a two-day meeting with members of the Western Regional Coordinating Council (WRCC), which was the first meeting of the year.

He explained that the meeting was always held in the first quarter of the year but the COVID-19 pandemic forced people to adjust meetings because of the numbers involved.

He said the Regional Security Council (RCC) met periodically and at emergency sessions to deal with and review security issues in the region, among such issues dealt with was the resolution of impasse between the Chief Imam of Sekondi Mosque, and the Sekondi-Zongo Chief over the management of the Sekondi Central Mosque.
The Regional Minister told all districts that have not yet elected their presiding members to do so as a matter of urgency, adding “failing to do so may lead the President declaring the assembly as having been in default and may consequently transfer the performance of its functions to a person or body by Executive Instrument and dissolve or suspend it for not more than one year (Section 37 of the Local Governance Act, 2016(Act 936).

He congratulated Mr Benjamin Kessie, Dr Isaac Dasmani and Alhaji Abdul Mumin-Issah on their appointment and subsequent confirmation to the high office of Chief Executive of their respective assemblies.

He also congratulated the 10 Presiding Members (PMs) on their election; and further implored the remaining four assemblies (Wassa Amenfi West, Amenfi Central, Ellembelle and Wassa East) who have not yet been able to elect their PMs to do the necessary consultations, to ensure the election of their PMs.

He indicated that guidelines have been issued for the MMDAs and MDAs to prepare their 2021 Annual Budget and this is where it is essential for all the assemblies to have their Presiding Members elected.

Mr Darko-Mensah noted that until the laws change, the District Assemblies remained non-partisan and should, therefore, conduct their affairs as such.

He told the MMDAs to be business-like in their approach, always seeking to create value.

Mr Darko-Mensah appealed to all the MMDCEs to cooperate very well with the various technocrats to come out with feasible developmental agenda for the total development of the communities.

Present at the meeting were traditional leaders, MMDCEs, Presiding Members, coordinating directors and all heads of departments.