Cultivation of Irish potato, apple and grapes to start again in Avatime after 80 years 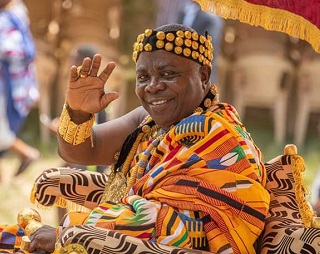 Almost eight decades after the cultivation of Irish potatoes, apples and grapes was abandoned in the Avatime traditional area as a result of World War II, all is now set to revamp the industry.

The Osie of Avatime, Osie Adza Tekpor VII who disclosed this to The Spectator in Vane on Tuesday, said that the venture, which would create jobs for more than 1000 young people in all the seven Avatime towns, has very bright prospects for export and also from the local hospitality industry.

He said that the endeavour was also Avatime’s  response to the Planting for Export initiative.

“There are ready markets in the restaurants and hotel industries in nearby Togo and Ghana as well,” said the Osie.

He stated that the move which involved local investors was also meant to diversify the economy of Avatime, which had for years thrived on cocoa, coffee, oil palm and other crops.

The cultivation of Irish potatoes, apple and grapes was introduced in Avatime by the German missionaries in the first half of the 19th century, and the crops flourished under the cold weather of about 18 degrees Celsius, which also supported the production of tea bountifully.

Osie Adza Tekpor gave the assurance that there were vast lands available for the project and urged investors to take up concessions for the lucrative undertaking.

“We will collaborate with the Ho West District Assembly and the District Department of Agriculture for the smooth implementation of the project,” said the Osie.

According to him, the traditional authorities were presently in the process of negotiating with the owners of family lands to make acres available for the project, which he said would benefit generations yet unborn.

Osie Adza Tekpor gave the assurance that the project had come to stay adding that, “We do not want our children to migrate to the cities in search of non-existent jobs while they can rake all the fortunes here.”

The seven Avatime towns are also known for the production of brown rice (Amu) which thrives on the slopes of the mountains.

Meanwhile, the District Chief Executive (DCE) of Ho West, Mr Ernest Victor Apau has described the move by the Avatime traditional authorities as timely and appropriate and gave the assurance that the assembly would give it the necessary support.

He said that feasibility studies were underway to embark on similar ventures in the Kpoeta and Kpedze areas.