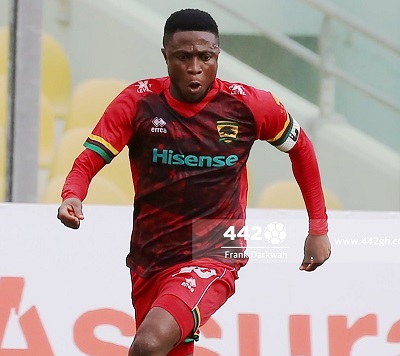 Dreams FC will be hoping to upset yet another top side when they clash with Kumasi Asante Kotoko in their crunch Week 23 fixture of the Ghana Premier League at the Len Clay Sports Stadium today.

The ‘slayers’ of Hearts of Oak will be beaming with confidence as they go into today’s encounter in their quest to jumble the Porcupine Warriors’ title ambitions.

Kotoko managed to bounce back to winning ways against Legon Cities in their last encounter but could be halted again by a very resolute and disciplined Dreams FC team.

Dreams, currently fifth on the league table, would be pushing for a top four position and a win against second-placed Kotoko will make their dreams come true.

With other teams including Great Olympics and Hearts on their heels, Kotoko cannot also afford to drop points in today’s game.

The Porcupine Warriors would be hoping to make home amends following their surprising 2-1 defeat to Medeama in their last home game.

They would rely on their recent upsurge under coach Mariano Barreto to get the job done and keep their hopes of winning this season’s league.

With the likes of Fabio Gama, Michael Vinicius, Naby Keita and Emmanuel Gyamfi in rich form, Kotoko would go all out to avoid any threat that Dreams would possess.

Kotoko struggled to beat Dreams FC 1-0 in the first round of this season’s league and would need to put in extra effort to get a double over the side that would also be seeking revenge on the day.

Today’s dicey encounter would pave way for other mouthwatering fixtures tomorrow including the clash between league leaders Medeama and Liberty Professionals at Sogakope.

Desperate to maintain their top spot, Medeama would go all out to clinch the three points while a win for a rejuvenated Liberty side would be fancied as they hope to stay far above the relegation zone.

Hearts would face off with the last-but-one on the league table – King Faisal, in another interesting encounter that would see both teams battle it out for the maximum points.

For Hearts, the three points would see them bounce back to winning ways after their defeat to Dreams FC in their last encounter and also keep them within top four while King Faisal would need the points in their bid to escape relegation.

The Len Clay Sports Stadium will also host the clash between Ashantigold and Techiman Eleven Wonders with the home side expected to secure all three points.

Aduana Stars face off with Berekum Chelsea at the Nana Agyemang Badu Park in another mouthwatering encounter, while Inter Allies clash with Elmina Sharks in Dawu.

Sixth and seventh-placed Karela and Bechem United respectively, would also face off at the Camp Park at Anyinase with Karela looking forward to making their home dominance count once again.

At the Cape Coast Stadium, the likes of Asamoah Ghana and Victorien Adebayor would be looking forward to finding their scoring boots for struggling Legon Cities when they play Ebusua Dwarfs.