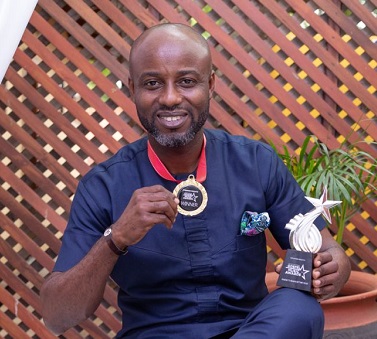 Franky 5, known in private life as Frank Kwabena Owusu’s ‘This Is Gospel(TIG)’  has been adjudged winner of the Gospel Radio/Television show of the Year at the Ghana National Gospel Music Awards held last Saturday at the Accra International Conference Centre.

TIG is aired on Hitz FM, an Accra based radio station and a subsidiary of the Multimedia Group.

Mr.Owusu said the honour meant a lot to him and was a testament of his hard work over the years.

According to him, this would be a big motivation to do more to support the gospel music industry and the broadcast of the word of God.

He expressed his appreciation to his team and admirers for the support he has received from them.

The event organised by Steaman Heights is aimed at celebrating gospel musicians and other stakeholders involved in the promotion of the industry.