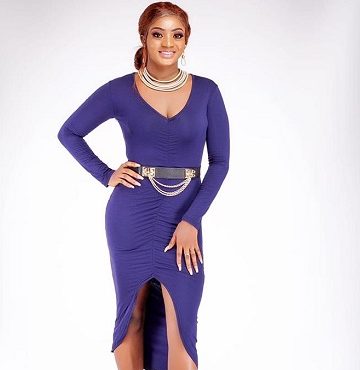 Raising a child is a difficult task especially for single parents who have to explore every possible means to help their children or wards succeed in life.

In view of this, the Reenart Foundation, a Non-governmental Organisation headed by Miss Irene Nartey, is trying to change the narrative by supporting mothers to take good care of their children.

The Founder, in an interview with The Spectator, said that the organisation had been supporting single parents since its inception and that they played an important role during the COVID-19 lockdown last year by giving emotional and financial support to single parents.

According to her, the foundation was established out of her life encounters. Miss Nartey became a single mother after divorce. She recalled being pregnant at time of the break up – a situation which, she said, came with lots of stress.

Having endured this challenging moment to give birth to her child successfully, she started the initiative to support other women who could be going through unfortunate situations.

The organisation’s single parenthood project themed: “Not an Outcast but The Real Super Heroine” is aimed at preparing single parents especially women to take care of their children and help deal with negative social stereotypes.

“We want to kick start this project in September to avert the damage that has been caused by this epidemic called single parenting. We want women to know that single parenting is neither their fault nor that of their children,” Ms Nartey noted.

She said that it was part of their plan to “improve the psychological welfare of single parents and give them the right mindset so they can start to build a fruitful life that would impact positively on their children.”

The programmes would include wig making, decor, bead making, basketry, among other handicrafts that would enable the women earn better livelihoods and income.

Ms Nartey lauded single mothers who, in spite of the odds, had provided the needed parental care to create better future for their children but maintainted that a lot more had to be done in empowering struggling single mothers, including teenagers who had become mothers against their will.

She said that negative social tags associated with single mothers could have “damaging effect” on the mental health of some women as well as their children who “suffer all sort of discrimination in society.”

Quoting a survey conducted in 2014 by the Better Care Network, she noted that “one in every four children did not live with either of their biological parents.”

“Most single mothers are based in rural/urban communities whose income is not enough to give the best quality of care to children who are malnourished and consequently a delay in their physical growth,” she stated and cited unplanned births, failed marriages, death of spouse, among other factors as part of the reasons some women turned single parents.

Due to iil health, at the time, she did home schooling and later sat the West Africa Senior School Certificate Examinination (WASSCE) as a private candidate and excelled.

After working for a while at a private television station and radio station, she enrolled at Trans African University College to persue Bachelor of Science (Bsc) in Mass Communication.

She owns an event production company which runs the African Wedding Makers Awards, a scheme that honours wedding service providers in Ghana.

She is keen on human resource development and building capacities of individuals but looks forward to making more positive impact through her foundation.