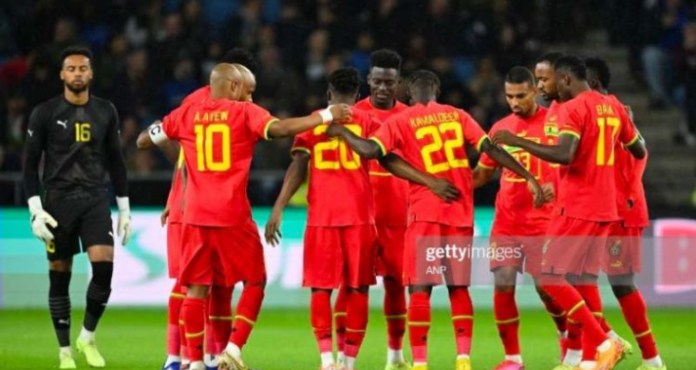 Some Kenyans have expressed optimism in the ability of Ghana’s senior national team the Black Stars to do well and make history in this year’s FIFA World Cup in Qatar by being the first African country to reach semi-finals and possibly win the coveted trophy.

They said it was time for Africa to win the FIFA World Cup, adding the Ghana Black Stars, who were very close to securing a semi-finals place during the 2010 FIFA World Cup in South Africa, were the best placed team to achieve this historic feat during this year’s tournament.

They expressed their optimism at Hurlingham, on the Argwings Kodhek Road, Nairobi when the Ghana News Agency sought their opinions on how they knew Ghana and Ghana’s influence on the African continent.

This year’s FIFA World Cup will be staged in Qatar from November, 20 to December,18.

The Ghana Black Stars are one of the teams representing the African continent during this global competition.

Mr. Erastus Kylu, an accountant and resident of Nairobi, said “Ghana is noted for shining so much in football; in the FIFA World Cup and African Cup tournaments. Apart from the last World Cup that Ghana didn’t shine very well, the previous World Cups; Ghana was performing well and that was the team that I used to wake up very early to watch.”

He talked about the composition of the Black Stars and what must be their focus to win this year’s World Cup saying “There are some young players coming up. They need to really look at how to motivate them so that they can have one team, which is well coordinating and which can make Africa very proud because all of us in Africa look up to the Black Stars”.

Mr. Boniface Ochieng, an electrical engineer, and resident of Nairobi, said 1 know the Black Stars. They have been representing us in the World Cup for some time now. In 2010,they were the closest to getting Africa to the semi-finals for the first time were it not for Suarez hand ball and penalty miss.”

He added that “I think this time, they have a good team. We stand a chance again. We try again to reach at least the semi-finals. I think they are ready for that elusive semis and maybe even the finals.”

He encouraged the Black Stars “To train hard and well, and prepare. It is going to be a very tough group but we believe in them as Africa. We believe they are the best team to take us to the semi-finals and maybe the finals, and definitely going to win this year’s World Cup.”

Others spoke about Ghana being noted for cocoa production saying during their lower classes level, it used to appear in lessons when mentioning higher cocoa producers in Africa.