Passionate appeal to Russia to call-off war with Ukraine 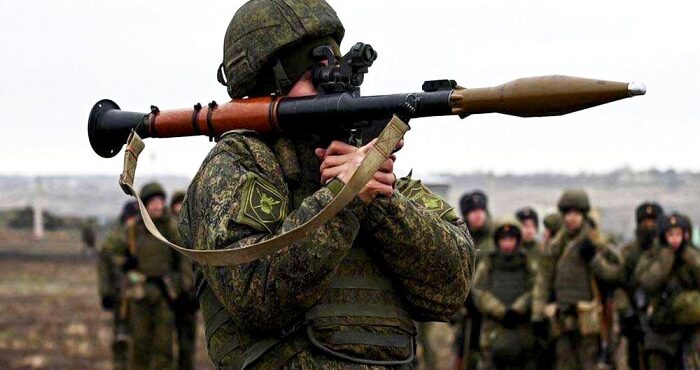 War, in which ever form it takes, be it between people of two tribes, between two communities, two Nations or between allies of Super Powers in the world; is in my opinion, not only destructive but also demonic. It must not be supported or welcome by any decent minded person living anywhere in the world, under the sun.

War is devastating, it traumatises people, leads to misery and derails the progress of humanity. In modern time, it is highly considered barbaric for a group of people to take up arms to wage war against fellow humans, no matter what might have caused their action.

Just as people admire little good things done to them by others, on the contrary, trivial things we may do, or say to others without being so careful, can lead to offences which nevertheless, could spark serious misunderstanding and eventually lead to war.

Sometime ago in Ghana, misunderstanding between two women over the inability of a customer to afford the price of a guinea fowl at the market place sparked war between two neighbouring tribes. Because the seller’s remark to the customer was considered highly insulting and was not kindly entertained.

The loss of lives and properties that followed the war was so much appalling and disturbing. The cost incurred by Government’s intervention in that tribal war was so huge that the money could have been directed for development of a deprived community elsewhere in the country.

Now, let us consider the Russia and Ukraine issue that has become recipe for war.

Ukraine, a close associate of Russia intended to join the North Atlantic Treaty Organisation (NATO) of Europe. But Russia is not comfortable with the idea. Russia considers that by so doing, Ukraine’s action would undermine the strength of Russia and its allies in the Eastern block of the world. On the other hand, Ukraine authorities are of opinion that Ukraine is a sovereign state and they are free to make a choice and so Russia should stop any attempt to intimidate them.

The world has now become a global “Village” and so nations have become inter-dependent. Almost every nation of the world is a member of the United Nations Organisation (UNO) whose principal aim is to avoid a third world war so that humanity can live in absolute peace and stability everywhere in the world.

The destruction of lives and properties in Ukraine by Russian rockets or arsenals as of now is too disheartening, callous and inhuman. It is therefore to use this medium to humbly and passionately appeal to the powers that be in the UNO, not to be sitting on the fence but to do everything possible within their power to bring the war to a HALT and to call the warring countries to the conference table for jaw to jaw discussions to ensure amicable resolution of the empasse. This is very crucial and necessary because usually, when two elephants fight, it is the grass that suffers. President Putin of Russia, please, at least, for the sake of the ordinary suffering people of Ukraine, tamper justice with mercy and allow peace to triumph over war, soonest. We need peace, stability and progress everywhere in the world but never, never, and never war.…

CONCERNED CITIZEN OF THE WORLD