Point of View When a Counsellor needs counseling: The case of ‘Counsellor’ Lutterodt 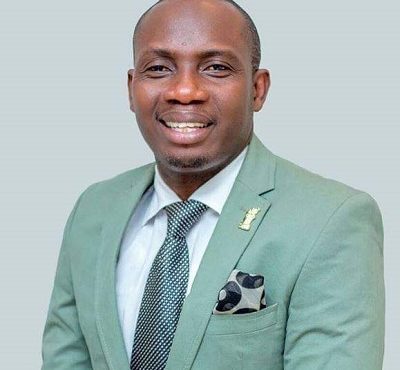 Though this has shot him to fame, in most cases, he is hauled over the coals for his seemingly blunt and somewhat insensitive approach to counsel on radio and television.

There had been many instances where the general public had called for his withdrawal from the media to cease his engagement with the public, but to no avail.

At some point, the Ghana Psychological Council in a letter seeking to ban Rev. George Lutterodt from counselling on radio and television strongly stated that:

“A person who does not have the requisite qualification and who is not registered with the Council but willfully and falsely uses any name, title or in addition implying a qualification of practice as psychologist or counsellor and practices or profess to practice psychology of which include counselling or receives payment to provide psychological services commits an offence and is punishable by law”.

He however, he fired back saying  he was not a psychologist but a pastoral counsellor, therefore, the council could not ban him from discharging his duties, adding that he graduated and was ordained as a pastoral counsellor in 2005 and has since practised his trade in that manner.

This banter went under the bridge peacefully, as Rev. George Lutterodt went about his controversial path on radio and television.

But what broke the camel’s back, this time round, was a submission he made on Adom TV to the effect that”every rape victim enjoys the act. Anytime the act begins, you’re not ready for it but during the act, you consent to it,” a comment that has seen him being reprimanded by many Ghanaians and institutions.

The Minister of Gender, Children and Social Protection, Madam Cynthia Mamle Morrison has described the comment as “insane”.

“Has he raped somebody before? Does he know how rape victims feel about being raped… it is sad that the interview went on. What was the programme about? How can somebody behave like that? This is so insane. This is just not right,” she stated.

Following the incessant pressure, ‘Counsellor’ Lutterodt has apologised for his goof, for discussing such a sensitive matter as rape comically and downplaying a criminal offence.

Some may say that, it is his style, but as a pastoral counsellor as he claims, he should know that every issue cannot be approached with the same method and get a positive result; there must be variations.

Due to the trauma victim’s face, he should be tactful and show some empathy when dealing with very sensitive topics on radio and TV.

The trauma of being raped or sexually assaulted can be shattering, leaving one feeling scared, ashamed, and lonely or plagued by nightmares, flashbacks, and other unpleasant memories.

The world doesn’t feel like a safe place any longer as some victims do not trust anyone. This is a traumatic experience, which should not be used as a joking matter by counsellor or anybody.

Rev.Lutterodt should not be obsessed with the media trends and the social media relevance those controversial comments bring him.

He should respect his office as a Man of God and be measured in his utterances, as well as take lessons on public speaking.

Now that he has apologised, it is my hope that Rev. Lutterodt will meditate on this situation and be empathetic towards people as well as the respect sensibilities of others by changing his approach towards sensitive issues.

A word to the wise….