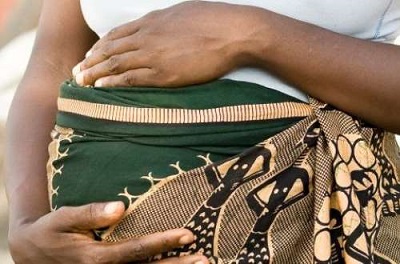 The Regional Coordinator of the Amnesty International in the Upper West Region, Ms Ruby Ali has suggested that males who impregnate young girls and cause them to drop out of school be punished through fines for their action.

She explained that females who got pregnant whilst in school or learning a trade were forced to stay out of school or apprenticeship to nurture the pregnancy, give birth and take care of the baby while the male got the opportunity to continue with his education.

“If they are school mates, the male is able to go through the education successfully and complete without any problems but the lady drops out of school and even in instances where she is bold enough to go back to school, she loses a number of years in her life due to the situation”, she said.

Miss Ali who stated this at an event at Charia recently by ProNet North to educate women about their wellbeing for future empowerment said males should be made to pay some amount of money for committing such acts.

The Coordinator underscored that although some girls mutually agreed to having unprotected sexual relations with men, they were mostly pushed into the act by circumstances such as the need to buy sanitary pads and other basic needs as well as peer pressure and immaturity.

Addressing the chiefs and elders of Charia, one of the Wa communities with prevalence of teenage pregnancies, Ms Ali advised the chiefs to enact functional by-laws to protect innocent girls from irresponsible parents as well as unscrupulous young men.

She encouraged young girls to take good care of their bodies and abstain from pre-marital sexual relations as it had the tendency of making them pregnant and interfering with their quest to progress in life.

Ms Ali stated that the only way to reduce poverty in the region was to build the human resource capacity of the youth, particularly girls. to ensure that they were gainfully engaged in useful ventures but not become teenage mothers with no source of livelihood.

“Parents should provide for their girls so that they don’t fall victim to unprincipled men who take advantage of them; you cannot give birth to a girl and expect her to be independent at the age of 13 when she is not working, she brings items home and you are not even concerned to find out the source”, she said and described that as poor parenting.

She urged the young girls to have vision and aspirations in life and endeavour to work harder in order to achieve them, stating that they would be able to lure responsible men in future if they carved a better niche for themselves.

For his part, Mr Abdul Rahaman Adams, the nurse in charge of the Charia Health Centre said teenage pregnancy was steadily reducing in the area due to intensified education from the health facility and some non-governmental organisations committed to the welfare of the youth.