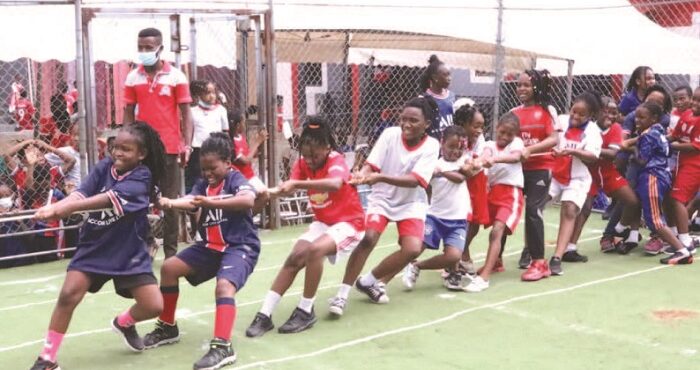 The Chief Executive Officer of Cherryfield Montessori School, Ms Magdalene Dzifa Adzanu, says competing in sporting events is very good, since it helps to build the confidence level of school children to learn how to accept defeat.

According to her, sports again help school children to realize that it is not about only winning a game since one might win or lose, but the beauty of the game lies with how one reacts to victory or defeat to show sportsmanship.

Ms. Magdalene Dziafa Adzanu made the observation during an event to mark the school’s annual sports day held recently in Accra.

She indicated that Cherryfield Montessori was noted for its holistic education for students apart from the sports which formed part of extra curriculum activities for students to compete among themselves representing the colours of club of their choice.

“As Cherryfield always gives a holistic education to its children today, we decided to take a break from our academic activities to have fun. Though, it is a fun activities for us, we still try to learn from it because, sports is very good for every human.’’

Mr. Benjamin Kooson, staff of Cherryfield Montessori School also pointed out that sports did not only help the school children physically, but helped them also mentally, as well as the teachers to identify talents among the children.