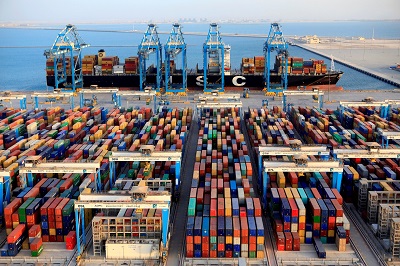 Eventually, trading under the Africa Continental Free Trade Area (AfCFTA), the largest trade deal after the formation of the World Trade Organisation, began in January 1, 2021 in Accra.

Some agreements and protocols needed to be agreed on before trading under the programme described by economic watchers as the “game changer” for Africa’s economic development, could start early this year.  Some of the protocols include trade, dispute settlement procedures, customs cooperation, trade facilitation, and rules of origin.

At the 2012 African Union (AU) Summit in Addis Abba, Heads of State of the Union agreed to create a new continental trade area by 2017. This, among others, was to address the trade barriers impeding trade among the African countries.  Thus, AU leaders began a series of negotiations to that effect.

It must, however, be stressed that the idea for a single African market to reduce Africa’s dependence on the West for the export of commodities, had been on the radar since the formation of the AU formerly known as the Organisation of African Unity (OAU) in 1963.

Leaders of 50 out of the 54 AU member-states in March 2018 in Kigali, Rwanda, signed the deal for AfCFTA to begin.

AfCFTA is envisaged to create market of 1.3 billion people with a combined Gross Domestic Product (GDP) of more than $3.4 million trillion.

The United Nations Economic Commission for Africa estimates that the trade agreement will boost intra-African trade by 52 per cent by 2022.

Also, the trade deal among the 54 African countries has the potential of lifting 30

million Africans out of extreme poverty, boost Africa’s income by ＄450 billion by 2035 and also increase the continents exports by $560 billion.

Among the general objectives of AfCFTA is to create single African market, deepen the economic integration of the continent, establish a liberalised market through multiple rounds of negotiations, aid movement of capital and people and facilitate investment.

In addition, the  trade deal is to promote the  move towards the establishment of a future continental customs union,  achieve sustainable and inclusive socio-economic development, gender parity and structural transformation within member states, enhance competitiveness of member states within Africa and in the global market, encourage industrial development through diversification and regional value chain development, agricultural development and food security.

So far, all the African countries except, Eritrea have signed the AfCFTA agreement and 34 countries including Ghana have deposited their instrument of ratification at the AU.

Ghana has played immense role in the establishment of AfCFTA. Perhaps, this is in view of the monumental benefits a single African market will accrue to AU member-states.  In view of this, President Nana Addo Dankwa Akufo-Addo in August last year, donated an ultra-modern office to serve as a Secretariat for AfCFTA.

As the United Kingdom was the epicentre of financial services in the European Union, Ghana can become the financial services hub of Africa with the commencement of AfCFTA. Already, Ghana has a vibrant banking and financial industry, with players from across the world.

The implementation of AfCFTA, offers the country the opportunity to boost its exports. For decades, the country has relied on its traditional partners, such as the United Kingdom, U.S, Germany, Switzerland, Japan, for the export of the country’s commodities.  The commodities include cocoa, gold, diamond and timber and recently oil.

Aside increasing the country’s exports, Ghana stands the chance to diversify its

exports. The Non-Traditional Exports sector can help the country diversify its exports.  The competitive advantage Ghana holds in agriculture in Africa in view of the country’s favourable rainfall and fertile lands, should serve as the lever to help it increase its horticultural production. Export of pineapple, mango, yam, pepper, onion can rake in more revenue for the country.

Another area Ghana will benefit immensely with the implementation of AfCFTA is job creation. Graduate unemployment has become a conundrum facing the country as a result of more students graduating and joining the labour markets annually without jobs. The jobs in the private and public sectors cannot accommodate the increasing number of graduates.

The expansion of the country’s export base, creation of more businesses and industries, attraction of more investors and investment into the country would obviously open avenues for new jobs to be created. More hands will be needed in these new establishments which will go a long way to help address the unemployment problem facing the country.

Obviously, the implementation of AfCFTA will help improve the country’s revenue generation.  Even though, the country is envisaged to lose a lot of revenue because of waiving tariffs on goods exported into the country from  AfCFTA member states, same can be raised from the issuance of Value Added Tax, Pay as You Earn and tax on profit.

Consequently, government has to start the process to develop laws which will protect local industries.

In addition, the government has to provide the private sector the necessary incentives to help them compete with their counterparts.  Similar to the incentives, the government offered to attract big auto giants such as Volkswagen and Nissan to Ghana, and even same better incentives should be offered to local businesses, especially SMEs and MSMEs under AfCFTA.

Among others, government should provide subsidies on electricity and water for local entities to give them financial relief and shore up their production.

The Association of Ghana Industries (AGI), for example, in December last year called for a downward review of electricity tariffs for members to help them compete under AfCFTA.  The AGI argued that the cost of electricity was relatively higher in Ghana compared with other African countries.

Also, government should provide tax holidays, tax exemptions, and reduction of taxes for players in the private sector.  This will give them financial reprieve to produce at a reduced cost for exports to AfCFTA-member countries.

Another area attention must be paid to help local enterprises to benefit from AfCFTA is fixing the country’s poor road infrastructure. This will help enhance transportation and facilitate the carting of goods to the ports for exports. If local businesses and enterprises are to win under AfCFTA, they should be able to meet demand and supply deadlines. Most importantly, perishable goods such as fruits and vegetables must get to the ports on time to be shipped to their final destinations.

Encouragingly, the Head of Programmes at AfCFTA, Dr Francis Mageni has “assured that SMEs will be protected despite the implementation of AfCFTA.”   Speaking on TV3’s Business Focus Show last Monday, he indicated that “there will be an exclusive trade area with priorities to ensure that women and young Africans were brought on board as full actors of the AfCFTA programme.”

Undoubtedly, AfCFTA can be the catalyst for Ghana’s development and means to unlock the country’s potentials, if the necessary measures are put in place by the government and the legislations enacted to help Ghanaian companies to tap the benefits of the Africa’s continental trade deal.

Equally, the private sector should position themselves and address their production weaknesses to harness the opportunities that AfCFTA offers. The new African continental market offers opportunity for local enterprises to increase their production, explore new markets and strike new business deals and partnerships.