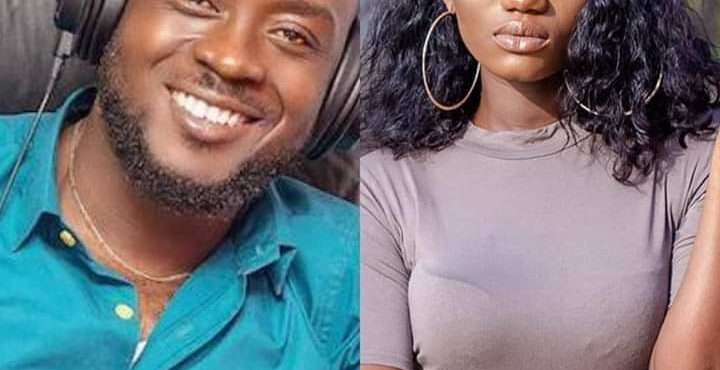 Host of Midmorning show “Ayekoo Ayekoo”  on Accra FM, Nana Romeo has insisted he has proof Wendy Shay and Bullet are in an amorous  relationship.

According to the presenter in an interview with Zionfelix, he is waiting for Bullet and Wendy to dare him to release the evidence on his phone, and further demanded an apology from Rufftown Records signee Wendy Shay for walking out of their interview yesterday on live radio.

He added that when he releases the video and picture evidence on his phone, Ghanaians will applaud him.
“The evidence I have is more deep, when Wendy Shay throws the challenge for me to release it, Ghanaians insulting me will apologise,” he added.
Nana Romeo also revealed that he’s been doing radio for  the past 15 years.

During an interview on Accra FM’s ,mid-morning show ‘Ayekoo Ayekoo’ on Tuesday, 9 June 2020, Wendy Shay lost her cool as she stormed out of the studio following the insistence of the host for her to admit  dating her manager, Bullet of which she blatantly denied.