When the sports journalist becomes enemy of the game 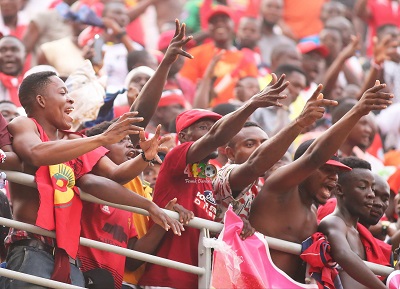 At his victory speech, the just-crowned Ghana Journalists Association (GJA) 2019 Journalist of the Year, Samson Lardy Anyenini, made a momentous statement on the need to protect journalists.

“During the elections, when for some reason someone asks you to bring your recorder for it to be destroyed, do not give it to them. Let them know that if you are in the wrong, then they should report you to the police,” he stressed.

Though he was speaking with regard to the protection of journalists, especially during the forthcoming national elections, it still sinks into the issue at stake for discussion.

In a matter of two weeks, the 2020-21 Ghana Premier League (GPL) season will roar off at the various centres, football-crazy Ghanaians having to wait for about eight months to have their beloved game back – due to the COVID-19 outburst.

Good news is that on November 13, the GPL will kick-start at the respective centres. It had been put on ice since March, this year.

Indeed, Ghana was not the only country fatally hit by the pandemic. The virus swallowed up the world. Luckily, like many countries, Ghana appears to have waltzed out of danger (though not out of the woods yet) and it is the reason the government has lifted the ban on the nation’s most passionate game – albeit only 25 per cent of a stadium’s fan capacity will be permitted on match days.

Such safety protocols is understandable since COVID-19 is still on the rampage and cannot be taken for granted.

Anyway, the import of this piece is to caution the hoodlums and hooligans and sometimes club officials to desist from attacking sports journalists who come to cover the games, as it occurred in the past seasons.  The simple message too is that – just like the national elections, no reporter should be cowed to hand over their recorders and cameras because they made critical remarks against a club, players or officials.

For such miscreants, the sports journalist does not have an opinion; they do not have a voice, and therefore become major targets during games. Such journalists may have reported on incidents that the affected parties wanted ‘hidden’ and it is enough ground for all kinds of physical and verbal onslaughts.

They do not care a hoot that through their skill and dexterity, sports journalists visually bring the game home to those who could not be present physically – and ultimately giving the fan some sense of relief and conviviality.

Again, for such goons, the sports journalist should only have a voice if their submissions are favourable to their clubs, players and officials. Anything less than pandering to their whims and caprices, is not tolerable!

There are a panoply of cases to buttress the aforementioned assertions.

Last year, maybe two seasons ago, we were horrified and disgusted at two sad developments during the domestic Premier League. The first one was the frequent attacks on sports journalists covering football games and two, the loud silence by the Ghana Football Association (GFA) on these vicious happenings.

The other time, it was the leading female camerawoman Senyuiedjorm Adadevoh, who was prevented by some hoodlums from covering a Premier League game involving Accra Great Olympics and Wa All Stars fifth week game.

What was Senyuiedzorm’s crime? The award-winning photographer, who is as harmless as a trash-talking flower, was badgered on and shoved aside by a section of the fans to have sent out off-putting reports about the club during an earlier league game against Bechem United in their 1-3 home defeat.

That incident received wide condemnation from the public and journalists alike. But it ended there, dying a silent agonising death as usual. She felt let-down by the inaction of authorities that should have taken up the matter to its logical conclusion.

A cameraman of Accra Hearts of Oak, Daniel Boakye, was also not spared some brutality during the club’s Presidential Cup game with Kumasi Asante Kotoko at the Baba Yara Sports Stadium, because he was alleged to have taken ‘negative’ shots of fan violence. He got no justice.

Not too long after, it was the turn of Kotoko Express photojournalist Gideon Boakye to face the wrath of misguided fans at Dormaa Ahenkro during a league match against Aduana Stars. Once again, it was the case of taking ‘antagonistic’ photos. This same lad has had the discomfort of being subjected to physical attacks at Obuasi, Tarkwa, Tema and Cape Coast.

The disconcerting aspect of it all is that these dreadful attacks on journalists usually take place in the full glare of security officers, club officials of the home team and even officials of the Ghana Football Association (GFA).

Sadly, after visiting their unprovoked wrath on the harmless journalists (who are only there to do their professional duty by bringing information to the public), they regally walk away scot-free – sometimes amid threats of more terror if anybody dares.

The $64,000-dollar question is, for how long would this barbarism continue while we bury our heads like self-effacing ostriches? Do we not care again about the security of our game?  Are we not concerned any longer about the growth and development of our game?

Do our fans know the role journalists or media men play to the expansion and promotion of the game?

President of the Sports Writers Association of Ghana (SWAG), Kwabena Yeboah, and well-meaning big wigs in football, have on umpteenth number of times, condemned the senseless attacks on journalists covering games – but the ugly practice had proceeded unabated.

Henceforth, we expect the GFA and the security services to collaborate to ensure that these rascals masquerading as fans are immediately apprehended and made to face the full rigours of the law when the league resumes from the ‘COVID-19 break.’

Failure to do that, the much-talked-about GFA’s ‘BringBackTheLove’ campaign – aimed at igniting passion for Ghana football, cannot be complete. Would there be any love when sports journalists and cameramen, who are working their fingers to the bone in a bid to project the game to the world, are abused and battered?

Ghanaian fans must see sports journalists as partners in development