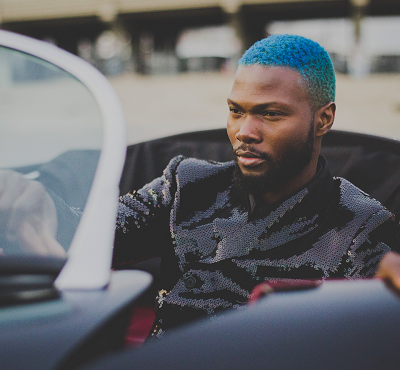 Sensational Nigerian singer, WurlD, has hit over 54 million streams across digital stores few weeks after the release of his latest EP titled “AfroSoul”.

The EP, dropped a few weeks ago, has seven songs. Afrobeats EP which was released during the lockdown seems to be the people’s favourite with soulful and swooning songs.

WurlD featured Legendary Ghanaian hiplife act, Zeal (of VVIP Fame), on one of the hit singles of the EP titled “Birthday Song”, on “Palm wine Riddim”. The song which was produced by fast-rising Ghanaian producer, Wakayna, is gradually becoming the topmost among the fans of WurlD in Ghana.

The Nigerian singer who has been engaging the media in Ghana was certain the EP was the perfect one in abnormal times like this, especially “Can’t Come Outside” which he said, was the last song he wrote for the EP following the pandemic and global lockdown.

Sadiq Onifade is a singer, songwriter of Nigerian heritage. He began his career writing songs for artistes such as B.O.B, Trinidad James, Akon, Mario, and others.