Meet talented Kids finalists battling for the ultimate on Sunday 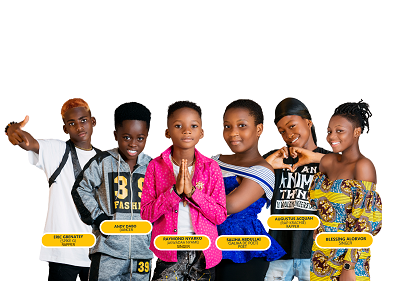 TV3 Network, has announced Sunday April 25, 2021 as the grand finale for this year’s edition of its children’s talent show, Talented Kidz.

The show expected to produce electrifying performances from the six finalists would commence at 3pm.

The finalists are, Blessing Alorvor known as Blessing on the stage has never had her talent questioned since she auditioned at Takoradi and blew the Judges away.

Blessing is not resting on her oars and is ready to take the ultimate title back to Takoradi with her slogan is ‘Takoradifo) y3n suro pressure’’.

One chap who has also attracted a lot of attention since the inception of the programme, Akwaada Nyame, an adorable boy from Kumasi has been dazzling both judges and fans of the show with his silky voice since day one.

Spike G a genuine rapper from Ashaiman, a suburb that had produced many great talents in the country. Through all his appearance he exhibited different set of skills that made him stand out as he is cut in the cloth of old school rappers,

For Rap Krachie, he’s got the swag, class and had been holding high the Kumerican Flag since he scaled the auditions to become one of the most entertaining acts in this year’s competition.

His flow on the beats, his rhymes scheme, lyrical prowess are exceptional and has become a force to reckon with in the competition.

Saliha De Poet, came on as a shy-looking lady , but over the weeks the shyness faded away, as her sense of purpose took over and now she has transformed into a powerful and profoundly gifted poet who, weeks upon weeks, had dished out admirable words and treated audience and the judges to various subject matters.

She has touched hearts, turned imaginations and taken audience on a journey that is beyond their wildest dreams.

Finally, Andy Dabo, made a huge announcement of his career during the audition in Kumasi with his dance moves and dexterity.

He has never looked back and no wonder he has been receiving plaudits from the judges and wider acclaim from the audience and viewers at home.

With these amazing talents on display, Ghanaians would have a tough task predicting one of these prodigies as the ultimate winner.